<:>
It's been 10 years since Brian Burke pulled off one of the greatest draft day deals by working his magic so he could draft both Henrik and Daniel Sedin 2nd and 3rd overall. Will there by some big deals at this year's draft? A lot of people TPS has spoken to think there could be 4-5 deals made in the first round alone.
Here is some scuttlebutt that I've been hearing over the last little while. 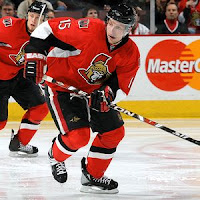 Senators and Canucks talks could be heating up
Dany Heatley wants out of our nations capital and the Canucks need to get the Sedins signed. I've heard the twins could be swapped for the disgruntled 50 goal man. All 3 players have the same agent in JP Barry, and Brian Murray shouldn't be looking for a better deal if this one is on the table. There might be picks on the table in this one as well.

Lecavalier leaving Lightning?
A storm is brewing in Lightning land and the infighting between owners might be getting to Vincent Lecavalier. Oren Koules wants to deal the captain and his massive contract, (even though he's the one that gave it the green light) while Len Barrie wants to keep Lecavalier and build around him. I've been told Lecavalier recently made a trip south to Tampa and met with management about getting him dealt. His no trade clause kicks in July 1st, so the bolts would be wise to deal him at the draft and get some extra picks in a draft with tonnes of depth. 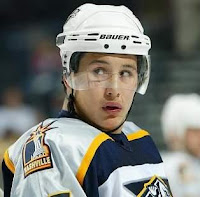 The Tootoo train could be rolling into Edmonton
The Oilers need to get grittier and Nashville could use some more skill. Robert Nilsson hasn't lived up to expectations offensively in Edmonton and maybe it's a change of scenery he needs. It's my belief that the teams have talked trade, but I also think the Oilers might have to throw in a mid round pick this year to complete the deal. While Tootoo doesn't have the offensive updside that Nilsson might some day reach, he's more consistent and would give the Oilers some sandpaper.

Pronger done as a Duck, Jack might not be back in LA
The trade that was supposed to send Chris Pronger to LA for Jack Johnson and the 5th overall selection this year didn't happen, but as I heard it from an NHL source recently "it doesn't mean it still won't." Pronger was the centre piece of a 2009 trade deadline deal that fell through at the last second. As it was told to me, the Ducks were sending the former Oiler to Boston for a package that was to include Patrice Bergeron, Mark Stuart and 2008 first rounder Joe Colborne. Another possibility for Pronger could be heading back to St. Louis. As for the Kings another NHL management type added that "Jack Johnson isn't the easiest to deal with" despite his complete innocence at the 2006 WJC when Steve Downie went down due to a supposed Johnson elbow. Johnson has already forced one trade from an NHL team when Carolina shipped him to L.A. and now is reportedly asking for around 5 million from the Kings.
Posted by Dean Millard @ 6:00 AM