The Draft: Our 4th Major

Tennis has it's 4 Grand Slam events in the Aussie, French, U.S. Opens and Wimbledon.

Golf features The PGA Championship, The British and U.S. Opens and The Masters. 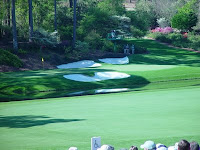 We here at TPS also have our 'Big Four' as well:

I've been to 3 out of 4 events in the past and would really like one day to attend the NCAA championship tournament. For that reason alone the Frozen Four is the my PGA Championship. The Memorial Cup is the U.S. Open for me, while the Draft is the British. That leaves the WJC as The Masters for this guy, which are my 2 favorites in golf and hockey.

How about you? Also while you're chiming in, let us know who you think your favorite team is going to draft tonight.

And don't forget about the TEAM 1260's draft coverage today. We start with Just A Game at 2 PM, then Guy and I take over and lead you through the draft and beyond at 5PM MST. Were scheduled to be on until 9 PM tonight but if things go late, so will we. Rounds 2-7 will be covered off by The Fourth Period radio show starting at 8 AM Saturday. Hope you tune in tonight and we hope to hear from you after the draft. You can listen online through our site.
Posted by Dean Millard @ 9:30 AM