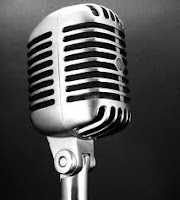 Tuesday night we opened the show by discussing the struggling Brandon Wheat Kings and how they aren't getting Brayden Schenn back from the LA Kings. Tyler Pitlick was suspended 3 games for a kneeing major and how that might cool off the Oilers prospect, and ticket prices across the CHL. From there we got into our guest list... From there our J and J Wholesale Truck and Auto CHL insider, Sam Cosentino of Rogers Sportsnet dropped by to give us the lowdown on Kirill Kabanov, Why Erik Gudbranson isn't the captain in Kingston (answer revealed later in the show) and how Ryan Howse has become a more complete player in Chilliwack. Sam also answered some email questions comparing Sean Couturier and Ryan Nugent-Hopkins to Taylor Hall and Tyler Seguin as well as Peter Holland's consistency. 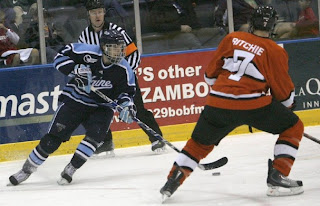 In segment 3, a forgotten Oilers prospect was our guest. Robby Dee was a 3rd round pick in 2005 and after overcoming some shoulder problems is now a senior with Maine. He put up good numbers last year and is off to a hot start this season. Have the Oilers noticed? Have they even talked to Dee? Was he invited to prospect camp? Do they still have his phone number? We asked these questions and are puzzled by the answers we received. (Photo: Kevin Johnson)

Robby Dee's Maine Black Bears recently swept North Dakota, and after talking with Dee we were joined by UND forward Brett Hextall, who's in his 3rd season with the Fighting Sioux. Hextall gave us his reasons for why UND always seems to get off to a slow start. He also took us through just exactly what is the You Tube smash hit "Brad Miller Time" and some of the big name guests that have appeared. The son of Ron, told us why he chose the NCAA over the WHL and more. 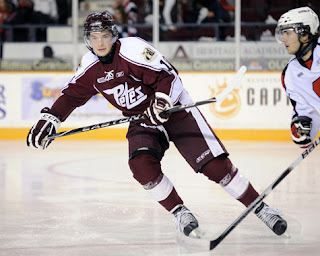 Our 2011 draft prospect was Matt Puempel of the Peterborough Petes, who some think is a top ten pick this June. He was the CHL rookie of the year last season, beating out Ryan Nugent Hopkins for the award. Puempel's Petes are off to a slow start, but he's having personal success. Peterborough has a NHL experienced coaching staff and the winger told us the impact it will have in the long run. You'll be hearing more from Puempel in the next few months as he'll be one of our guest bloggers here at Coming Down the Pipe. (Photo: Aaron Bell/OHL Images)

We wrapped things up with a conversation with Chilliwack voice Randy Merkley who gave us more of a look into Ryan Howse's hot start of 14 goals in 10 games. When did things click for Howse? And some Bruin stars to watch Wednesday night when the Oil Kings play host to the BC division club.

If you missed it live, click the archive, where you can listen to every interview we've ever done.
Posted by Dean Millard @ 10:49 PM