Saponari Moving from BU to BC 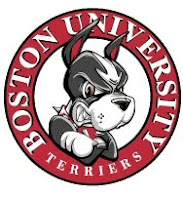 Former BU Terrier Vinny Saponari will join the arch-rival BC Eagles for 2011-12 after being booted from the program recently. USCHO.com has the story here.

Back in May, Saponari and his older brother Viktor were dismissed from the team after an alcohol-related incident before an upcoming game against Maine. Saponari's initial reaction to being dismissed from the Terriers was well documented by The Daily Free Press.

The forward will red-shirt this year and return to action in 2011-12 but with the Boston College Eagles.
Posted by Guy Flaming @ 1:03 PM