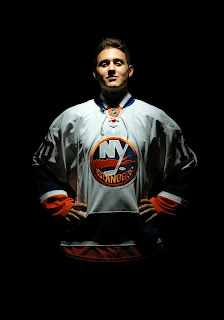 As mentioned late yesterday by Dean, the New York Islanders have sent Swiss forward Nino Niederreiter back to the WHL after the NHL rookie's 9-game trial with the big club. The 5th overall pick in the 2010 draft scored one goal and had 2 points during his brief stay on Long Island. His return to the WHL means an already strong team just got a lot stronger. 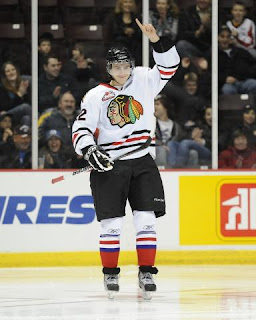 Niederreiter had 36 goals and 60 points with the Winterhawks last year which included time off for the World Junior Championship. He was playing an average of 13:35 with the Islanders who began the year with a few forwards on the IR. Whether or not the injuries to Kyle Okposo and Rob Schremp played a role in Niederreiter's chance to play or the amount that he played is unknown.

Back in Portland, the Winterhawks will be able to re-assemble what was one of the league top lines last year. Niederreiter can rejoin Ryan Johansen and Brad Ross which will give Ty Ratttie and the other Swiss player, Sven Bartschi, even more space out there. 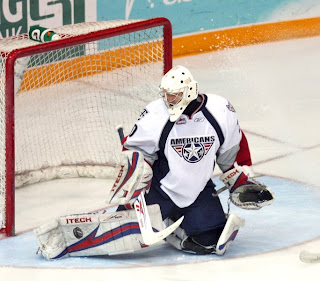 The other side affect of Niederreiter's return to Major Junior is that Portland's allotment of import players is now full. Expectations were that if Niederreiter stayed in the NHL, Portland would bring in former Tri-City Americans netminder Alex Pechurskiy. Now that 20-year-old prospect of the Pittsburgh Penguins will be looking for another home after he was released by the Americans when that team got down to the limit for overage players.

Portland is currently in first place in the WHL with 21 points and a .808 winning percentage. Their next game is on Friday when the Kelowna Rockets come to town.
Posted by Guy Flaming @ 12:55 PM

good for Islanders and Nino. His offensive production wasnt good enough to justify a top 5 pick, but he did get picked for potential. I think the Isles made a very good choice by sending him back so he can improve on his last season's campaign.
Only downside is that now i have a player in the pool who will not be playing nay nhl games