New Chapter in Peter Puck book reveals who really bailed him out? 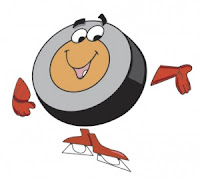 The Paper back version of the Peter Pocklington book 'I'd Trade Him Again' written by Terry McConnell and J'Lyn Nye hits shelves today and has a extra chapter that reveals who bailed Pocklington out. Originally it was thought that it was Glen Sather. Here's a snipet.

When the former owner of the Edmonton Oilers was arrested and jailed last year, it was not Glen Sather who posted his $1 million US bail.

“Glen asked Daryl to assist him and he did so out of respect for his friendship with Glen,” says Katz spokesman Steve Hogle.

While Hogle emphasizes “Daryl has no relationship with Peter Pocklington,” Sather makes no such qualifying statement.

“Peter has been a good friend for a lot of years,” Sather told the authors. “I just felt that anything we could do to help him, we should get involved.”

Nye and McConnell research led them to a property in Minnesota that was put up for security, and that property was owned by a Katz company.

I've enjoyed all the Pocklington books and documentaries (The Gretzky HBO King's Ransom was very good) and will be interested in this new information.
Posted by Dean Millard @ 12:10 AM