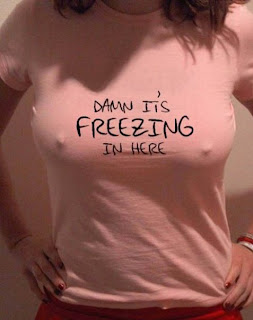 Let's celebrate the first chilly snowfall in Edmonton and talk some hockey! It's going to be a busy show on Tuesday as we'll try and pack 5 guests into 6 segments.

We'll be speaking with an Oiler prospect who is coming off a career year but appears to have completely fallen off the NHL club's radar and isn't even listed with other prospect on the team's website.

We'll also chat with a Phoenix prospect who is in his junior year at North Dakota and a Calgary prospect who is quickly dispelling the myth that the Flames have nothing in their pipeline.

Our 2011 Draft Prospect is slated to be a guy considered by many to be a top-10 pick this June. Plus, out weekly CHL Insider stops by to talk about some current events.


Every Tuesday we speak with Sam Cosentino of Rogers Sportsnet, the colour analyst on all CHL games the network shows including the Memorial Cup each May. We'll be discussing various hot topics with Sam who always has a wealth of information to share with us an our listeners. 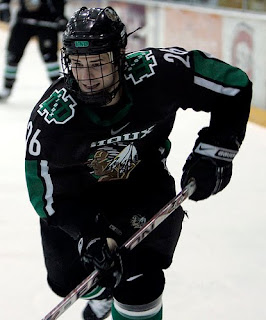 Brett Hextall has NHL genetics and has taken the NCAA path to the big league. He's in his third year at North Dakota and is considered one of the heart and soul players in the Sioux line up. Not only is he a solid player on the ice but off it he's one of the hosts of 'Brad Miller Time', the epic smash hit internet show that is sweeping the nation. (Photo: Bryce Hemmelgarn)

We'll stay south of the border and track down Robby Dee of the Maine Black Bears. The 6'2 forward had a career year in 2009-10 and is currently 12th in NCAA scoring yet for some reason he wasn't at prospect camp for the second straight summer and now he's not even listed as a prospect on the Oilers' website. Has he been dropped by the team for some reason or have they just... forgotten about him?

The Calgary Flames are often criticized for not having much coming down the pipe but Ryan Howse might be silencing those critics with his torrid pace this year. The Chilliwack Bruins star has 14 goals, 1 shy of the WHL lead in goal scoring and is in town to take on the Oil Kings on Wednesday. 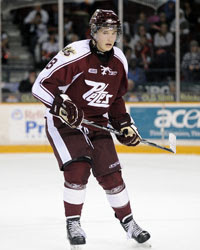 The 2011 Prospect of the Week is slated to be Matt Puempel of the Peterborough Petes who have new management this year. Puempel is projected by many as a top-10 pick in the 2011 draft this June and the 6', 190 lb left winger is off to a great start with 15 points in 11 games.

You can hear the show live between 7-9 PM locally (9-11 PM Eastern) on the TEAM 1260 or follow us online at www.thepipelineshow.com where you will also be able to find the show archived later in the evening.

If you have any questions for any of our guests, feel free to fire us off an email to our inbox: pipeup@theteam1260.com
Posted by Guy Flaming @ 11:10 PM