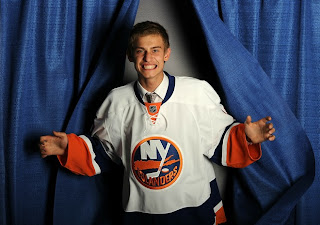 Here is the Lewiston release and here is the version out of Moncton.

But no, I'm sure this time, he really is going to smarten up and showcase his true hockey talent.
Yep.

a very good move the Moncton. Their team is doing very well even without him and his antics so they got a sweet load of picks. If they wish, they could use these assets to load up near the trade deadline to make another run for the Memorial Cup

His Father has had alot to do with his hockey....(good and bad)

Hopefully good things are ahead for this young man.

and if you listened to our CHL insider a week ago, his mother has ben very involved (some say to involved) in his life, signing him to a KHL contract at 16? There is only so much a youngster can do with over involved parents. I hope he turns out, because he has loads of talent.