Well I didn't see that coming with Russia beating team WHL in a shoot out, although we shouldn't be that shocked as they swept the Q and gave the OHL all they could handle. Maybe I'm a little biased but I didn't think Russia would win a game, let alone set themselves up for a sweep in the opener. They shouldn't have as the WHL gassed a 3 goal 3rd period lead when Russia lit them up like the Griswold house in Christmas Vacation and won it 7-6 in a shoot out.

More after the jump... 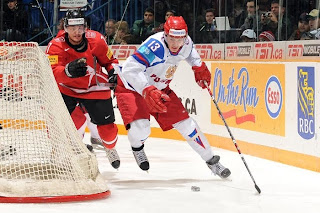 Maxim Kitsin (above) sniped again. Guy and I watched him at the World Junior A challenge in Camrose a couple of years ago and the LA Kings might have a great sleeper pick on their hands if he can control his emotions. That's also the same tournament we saw Kirill Kabanov for the first time, and also witnessed a talented player with a temper. It's to bad Kabanov can't make up with Mother Russia, as it would be nice to see him in international play, and I don't think he'll be getting his Canadian citizenship and playing for Canada like Petr Nedved once did.

Anton Burdasov, who was passed over twice in the NHL draft scored once and won it in the shoot out. The win means Canada has to pull out a victory in Prince George on Thursday or Russia will win the event for the first time. Click here for the video evidence with Rogers Sportsnet's Jamie Thomas and here for complete scoring summary.

So what does this mean for the upcoming World Junior Championship? I think a lot. Yes Canada's team is split over 3 regions, but this isn't the whole Russian team either. I would guess only 6-10 players from this squad will be in Buffalo. Some were just at the World Junior A Challenge and will likely be in Buffalo, while the rest of the squad is back in Russia playing in various leagues.

I've heard that Canada's WJC might not have a ton of offence, unless they get some help from NHL teams (Klifford, Schenn in LA) but they're averaging almost 4 goals a game in this series. If anything goaltending let them down in the QMJHL and WHL games. Does that mean Canada's starter will be from the OHL? We'll see if Hockey Canada head scout Kevin Prendergast will tell us on Saturday when he joins us for "TPS Game Day Edition" from 9-11 AM. 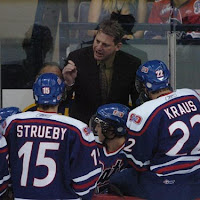 We discussed on Tuesday night With our CHL insider Sam Cosentino - who was on the Sportsnet broadcast Wednesday night - whether or not Curtis Hunt survives the current Regina Pats road trip through Vancouver, Chilliwack, Kamloops, Prince George and Kelowna. The discussion was prompted by an email, but it's something we've pondered before. Now news out of Regina that a player has left. Rod Pedersen, who could be calling a Grey Cup game in Edmonton next week, has the details here. Greg Harder of the Regina Leaderpost also has a story on it here. Hopefully things work out for Spooner. 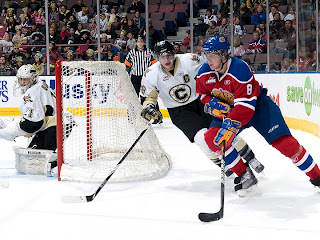 Team Pacific was announced today for the U17 World Hockey Challenge this December in Winnipeg and Portage la Prairie, Manitoba. This club will have a strong and offensive blueline with the likes of Griffin Reinhart (Edm), Matt Dumba (RDR) and Morgan Rielly (Moose Jaw). Reinhart and Reilly have played together quite a bit in the past, including last year at the Western Canadian Challenge held in Blackfalds, Alberta. Others that might stand out are Josh Smith and Troy Bourke (PG) as well as Hunter Shinkaruk (MH). You can find the full roster here.
Posted by Dean Millard @ 12:11 AM