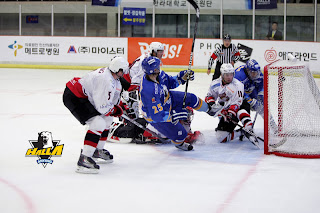 From time to time I get asked about a player the Oilers drafted once upon a time who has seemingly dropped off the face of the Earth. I've thought about trying to track down some guys but I'm not sure there really is enough interest out there from fans to actually interview those types of guys. Instead, I thought I'd just periodically update on where someone is playing and this time I'm actually looking at two guys who some fans once had high hopes for. (Hint: #5 and #25 above)


Brock Radunske was drafted in the 3rd round of the 2002 draft right after guys like Jarret Stoll, Jeff Deslauriers and Matt Greene. The big lanky Ontario native was playing at Michigan State where he played for a couple more seasons before deciding to turn pro.

It was an odd choice for him to leave MSU when he did because it was the NHL lockout season and jobs in the AHL were at a premium. He only played 8 games with the Edmonton Road Runners before spending the rest of 2004-05 in the ECHL with the Greenville Grrrowl. He put up good numbers there but unfortunately for him, the Oilers would not have their own AHL affiliate for the next few years so he was kept in the ECHL or was buried on Detroit's AHL farm team in Grand Rapids. At the end of his entry level contract he was not resigned and he left for Germany. 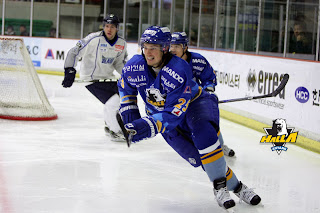 Radunske has spent the last 3 years playing in the Asian League with the Anyang Halla in Anyang City, South Korea. The quality of the league is clearly going to be a step down from anything in Europe or North America but it's interesting to note that he's had very productive years in the league. All stats definitely need to be taken with a block of salt but here they are.

Just out of curiosity I was looking around at the rosters of the 7-team league to see if there are any other familiar names over there and... there are a few including another former Oiler.

Defenceman Bryan Young was a 5th round pick in 2004 and was considered, at the time, to be a pretty good sleeper pick. The blueliner had zero offensive upside but was a sound defensive player who had a definite acumen for delivering huge open ice hits.

He played 15 games for the Oilers in 2006-07 and made a couple of highlight reel hits that year. Unfortunately for Young (in white below), a very brief 2-game stint in the NHL the following season was his undoing and he fell off the radar soon after. Last year he played most of the season in the ECHL with Stockton and he was not resigned by Edmonton after his minor league contract ended. 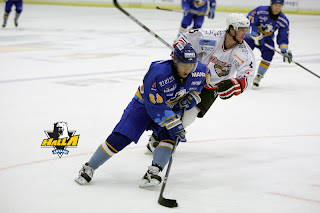 I thought that he might land somewhere else in the ECHL this year but was a bit surprised to see him on the roster of High1, the team based in Seoul, South Korea. It's his first year in the AL but you wonder if Radunske played a role in his heading to Korea.

The Asian League has 7 teams based in 3 countries. The above two in Korea, the China Dragon play out of Beijing and there are 4 clubs in Japan.

Other players you might recognize include former 1st round pick Alex Bourret and Tim Smith who both play with Young with High1. Bourret was Atlanta's 1st overall selection, 16th overall, in 2005. The scorer with the body of a fire hydrant (5'10, 205 lbs) could not duplicate his QMJHL production as a pro and soon ran out of opportunities.

Tim Smith was a later round selection of the Vancouver Canucks. The Alberta played in Germany and Switzerland before moving to Korea.

Not surprisingly, another guy with brief NHL experience that can be found in the league is Yutaka Fukufuji, the first Japanese player to have made it to the NHL. His joining the league was big news in his homeland this past summer.

Can the Asian League ever get to the point where it challenges lower level European loops as a viable place for players to play and develop? Former Oiler Esa Tikkanen finished his playing days playing for Anyang Halla which gave the league some promotion. As more and more North Americans go over, maybe it will get more consideration. It obviously has a long way to go though.