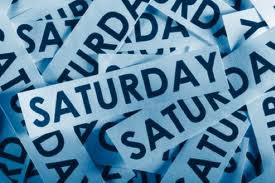 From Chicoutimi to Calgary, from Russia to the CHL to Buffalo... we covered a lot of territory on Saturday's edition of The Pipeline Show. We spoke with a goalie a top ranked goalie for the 2011 NHL Draft, discussed Russia's first ever Subway Super Series victory and what it means for Canada at the 2011 World Junior Championship, and of course Saturdays means another visit for Daren Millard - Is Tom Renney getting "benching crazy" with the Oilers?


Guy and I kicked off the show Saturday morning discussing the passing of Pat Burns and his terrific junior career coaching Hull. Some great players passed through in his 3 years coaching the Q. I don't care what the answer is, he should have been inducted into the Hockey Hall of Fame. The main thing is that everyone already knows that and he'll get in soon.

We also chatted about Gilbert Brule's benching and the Crazy Train (J.F. Jacques) colliding with Zach Stortini...Our poll question about which league was the most disappointing during the Subway Series, the WHL or QMJHL, Maxim Kitsyn's performance for Russia and what some Canadians did or didn't do. We teed up the Rebels/Oil Kings game later that night, and what a game that was by the Oil Kings. They played their best game of the season and if they could put a string together like that they might have a shot at the post season...something I didn't think was possible on Saturday morning. 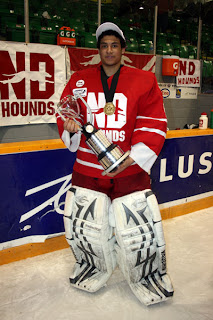 Our first guest was the top rated goaltender playing in the QMJHL, Chris Gibson. His name suggests he's from the prairies, he sounds like he's lived in Quebec all his life, and his passport says he's from Finland. Could he follow in the skate strides of guys like Kiprusoff, Rask, Lehtonen etc and what was his time at Notre Dame like? This kid made 43 saves for the Hounds in the Telus Cup final (used to be the Air Canada Cup for us that remember) a few years back in a 4-0 shut out. His culture shock adjustment was funny to. He is hurt right now, so he really does have to STRUGGLE AND EMERGE.

Hockey Canada Head Scout Kevin Prendergast recapped the Subway Series with us, and talked about how Canada's entry into the Buffalo event is shaping up. Who went up or down against the Russians, who along with the US will be tough to beat starting Boxing Day. Who the 4 goalies might be? How many D spots are really open? Where will the offence come from? 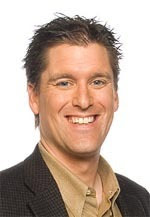 We wrapped up the show with our NHL insider Daren Millard of Rogers Sportsnet. The segment is sponsored by J and J Wholesale Truck and Auto and there were fewer family jabs this time. We did talk about the Oilers situation and whether benching players is the right approach. P.K. Subban irritated Mike Richards this week, I'm a big fan of Subban's game, and I wasn't always a believer. Is Tuukka Rask ready to carry the mail in Boston? And whether it's a question of Crosby, Ovechkin and Stamkos for your first overall pick in fantasy drafts next year?

If you missed it live, click the archive...The Pipeline Show, the future of hockey plays here...now.

Good show as per normal.