Tuesday night was an all-WHL show as the league's awards banquet and the 2009 Bantam Draft are all in Edmonton this week. That gave us the unique opportunity to have one in-studio guest that we would otherwise not have had plus we spoke with a slew of other people in and around the league as well.

First up was the Commissioner, Ron Robison. We began with a discussion revolving around the league's stance towards the decision by the Calgary Flames to bring their AHL affiliate into very close proximity to one of their WHL partners - the Chilliwack Bruins.

We also talked about a variety of other topics including the reason behind bringing this week's events to Edmonton. Then Dean hit the Commish with a series of "If I were King for a Day" ideas to make the league even better.

From the commish we moved on to Randy Hansch who is the Assistant GM of the Edmonton Oil Kings and the guy who will pretty much be calling the shots for the local 'Dub club at the draft table on Thursday. Are the Oil Kings looking for a specific type of player, is there a position they need to address and who are some of the names to watch for... all talked about with Mr. Hansch. 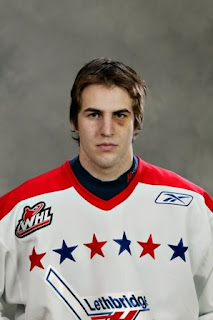 From Edmonton we went south to Lethbridge and were joined by TPS regular, 'Rodeo' Roy Stasiuk, the GM of the Hurricanes. We talked about the year the 'Canes had including the highs and the lows and the trades - especially Kyle Beach and what he was like after coming over from Everett. Also... if you haven't heard WHY Beach and Akim Aliu were sent home by the Chicago Blackhawks from their AHL affiliate (Rockford), you won't believe it. 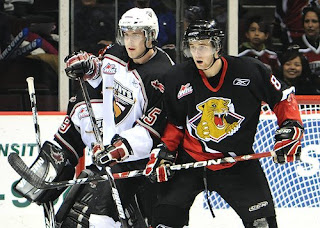 At the top of the second hour we were joined in studio by Prince George Cougars forward Brett Connolly. The rookie ended up collecting some hardware on Wednesday as he was named the league's top freshman player. We also discussed his role with Canada's entry at the U18s in Fargo. This is a guy to keep an eye on... he's the real deal.

Bad Ass Trivia was focused on the WHL draft and the awards and while some were stumped, Bart Hunter called in to say he could answer the question regarding the trophy named after his father, the legendary Bill Hunter. 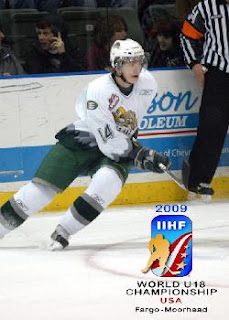 Finally, Everett Silvertips forward Byron Froese joined us from his home in Winkler, MB. We talked about the year in Everett and also his time in Fargo at the World U18 Championship where he skated on a line with Brett Connolly. He wasn't on the 2009 list for Central Scouting or ISS before the tournament but he's in the top 100 for both agencies now. On the rise and a guy who might surprise with how early he goes... I'm thinking late 2nd round candidate.

If you missed any of these excellent interview, you know what to do: Click the Archive... HERE.
Posted by Guy Flaming @ 8:25 PM