The March 31st edition of TPS presented previews and discussion on the OHL playoff picture as well as a look ahead to the Frozen Four. We also spoke with another notable 2009 eiligible draft prospect and chatted with a top prospect recalled by the Edmonton Oilers. 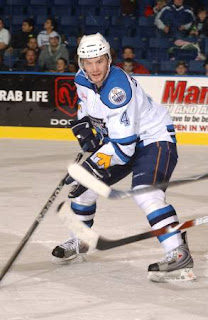 Taylor Chorney started the show off by joining us for a pre-game conversation while Liam Reddox and Marc Pouliot waited to go for supper. Chorney discussed his situation with the Oilers, his performance early on in Springfield compared to the second half of the season and also what the coaching change has meant for some of the AHL roster.

Our OHL insider, Sam Cosentino of Rogers Sportsnet, then walked us through the goings on of that league's post season including a eye witness account of Ottawa 67's bench boss Brian Kilrea's final game. Sam laid out who we should expect to see in the OHL semi-finals and then we all made our predictions as to who would represent the league at the Memorial Cup in Rimouski. 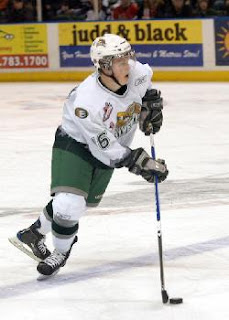 The WHL rookie scoring champ this year was Kellan Tochkin of the Everett Silvertips. The playmaker talked to us about the year that was and looked ahead to the draft and the U18s which he suprisingly isn't going to be a part of. His acceptance of that news and his outlook on the draft rankings was quite surprising. Tochkin has already got us thinking that he could be a steal at the draft if he goes in the mid-late rounds as ISS has him slotted (123rd). 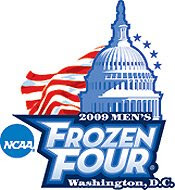 Finally, our planned NCAA Frozen Four round table didn't come off as expected as one of our contributors fell ill and couldn't join us. So it was up to D.J. Powers of Hockey's Future to carry us through explanations of why NCAA relies so heavily on the pairwise rankings system. Then we all took turns with our Frozen Four and Hobey Baker predictions.

It was a big show and if you missed it live you can click the archive... RIGHT HERE.

Coming Down the Pipe... next week: Our Annual Frozen Four Coach's Show featuring interviews with all four coach's of the four NCAA team vying for the National Championship.
Posted by Guy Flaming @ 11:59 AM