~
This week I am going to rely on our pals from International Scouting Services (ISS) who recently released their WHL Bantam Draft Guide. You can get your own full and in-depth copy by going HERE.

The 2009 WHL Bantam Draft is set for Thursday, here in Edmonton. While The Pipeline Show prides itself of shining the spotlight on tomorrow's NHL stars... Dean and I aren't out watching much Bantam level hockey. But these are the guys who we will be watching closely for the next 4 or 5 years.

According to ISS: Any and every team would be lucky to have Walters patrolling their
blueline in the near future. A solid and smooth defender, Walters makes anybody, with an appreciation for the defensive aspects of the game, drool. A solid containment and intelligent blueliner, Walters may not jump out at you like Dumba and Rielly, but he as consistent and steady as they come. What you get with Walters is leadership and the peace of mind that your end is taken care of when he is on the ice, and that the first pass is going to be hard and accurate. At 6’ and 160 lbs Walters is big and mobile and in great shape. Walters is primed to climb the rankings as potentially the best shut down and responsible defenceman available.

WHL Potential: A player you want on the ice with the game on the line.

According to ISS: Rielly is a tremendously gifted offensive defenseman. His ability to lead the breakout is unparalleled in this draft class. Combine that with a great shot and an excellent work ethic and you can see why many WHL clubs will be looking to add Rielly and groom him into their power play quarterback. The Notre Dame captain, Rielly, is a strong skater with excellent mobility and can slow the play down perfectly or burn opposing teams with his quick reactions and superior up ice vision. The MVP and top defender at the St. Albert Bantam AAA tournament, Rielly put up over a goal a game during the regular season and finished with 52 points in 23 games. 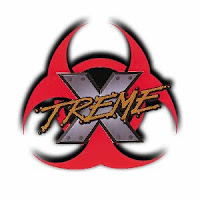 According to ISS: Last year’s AMBHL rookie of the year, Winther built off a solid rookie season, establishing himself as perhaps the most purely talented prospect in Alberta. Winther is a dynamic skater, with fantastic speed and an excellent first step. Explosive doesn’t begin to describe Winther with the puck, his quick reaction time and ability to read the play around the net leads to much of his success. Winther is most dangerous away from the puck in the offensive zone, as he is near
impossible to contain and will always find space to become a dangerous scoring threat. Winther was named top forward and was the top scorer in Alberta in the regular season and playoffs and led his team in scoring and was named top forward again in their dominating win at the Western Canada championship.

According to ISS: The best way to describe Rankin is work horse. Perhaps the hardest
working player available in this draft, there is no question that Rankin is the best prospect in British Columbia this season. A very unselfish and self-sacrificing
player, Rankin is a leader and an example of what hard work can do for a player. Not the most skilled in any aspect of the game, he is good at everything and there are no real holes in his game. Anybody who has seen Rankin battle for a puck knows what a special player he is. Rankin makes everyone around him better and for this reason alone should be considered one of the elite prospects in this draft. Rankin also has the potential to put up very good offensive numbers.

According to ISS: A prototypical franchise defender, Dumba is a force from the backend. Dumba is a terror to play against. His ability to separate players from the puck is outstanding and only outshined by his ability to separate players from the ice. A phenomenal physical presence, Dumba’s hits are punishing and almost unavoidable as a result of his very strong mobility and skating ability. Dumba is also a strong puck mover and has great vision and offensive instincts with the puck.
Dumba will certainly make whoever doesn’t draft him very sorry they didn’t. Dumba led his team in goals this season with 20 in 33 games and also added 18 assists and 96 PIM. Player’s with this physical, defensive and offensive potential do not come around often.


Other notables - One name that I've heard a lot is that of Tayler Balog who plays in Weyburn Saskatchewan. He comes in as the 6th ranked player for ISS but I won't be surprised if he goes in the top 5. Again, I don't watch this age level so I can only go by what others have told me or what I've read online and this sounds like a pretty talented kid.

Dion Phaneuf's little brother is available this year. The defenceman plays with the Edmonton SSAC and will probably be a 1st round selection - and not just because of his last name. It sounds like Dane Phaneuf can make a name for himself as opposed to riding off his big brother's coat tales.

The Edmonton Oil Kings own the WHL rights to Philip Samuelsson, former NHLer Ulf Samuelsson's son. Ulf's got another son available this year and Henrik Samuelsson might be the best of the bunch. He's playing south of the border and the fact that brother Philip appears NCAA bound might hurt Henrik's stock on Thursday. ISS has him as a late 1st rounder though.
Posted by Guy Flaming @ 1:43 AM