Top 5 Tuesday: Getting Better With Age 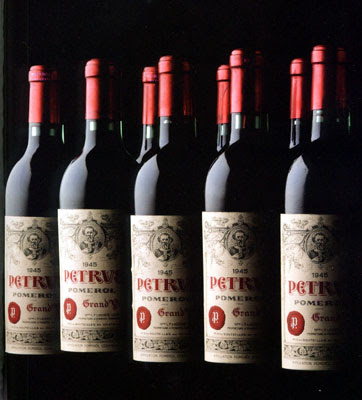 Like a nice bottle of Red, these players should age nicely in the next few years, but their also not bad right now. Here's 5 kids soaking up the Stanley Cup Playoffs.

5. Jonathan Ericsson-Detroit
The Wings unveiling yet anoter late round pick that could turn into a gem. This time it's 6.04, 200 plus defenceman Jonathan Ericsson who scored the game winner in game one vs Columbus. Hey his minutes rose by more than 2 so the Wings are using the guy who played just 19 games in the regular season. Not bad for a 9th round round pick in 2002. Do the Red Wings just store these guys somewhere?

4. Ryan Parent-Philadelphia
He was a shut down guy when he was with Canada in the World Juniors, and is looking pretty good against a World Junior opponent from that year, Evgeni Malkin. Parent who has just 54 regular season games on the back of his hockey card but is playing almost 20 minutes a night and helping an underrated - to this crackpot anyway - defence group in Philly get back in the series. The Flyers picked up a really good player in Brayden Coburn when they dealt Alexei Zhitnik to Atlanta, and may have an even better blueliner in Parent whom they grabbed from Nashville as part of the Peter Forsberg trade. 3. Bobby Ryan-Anaheim
He wasn't on anybodies Calder trophy lists at the start of the year, but he might just win. Remember this guy? He was drafted number 2 behind Sidney Crosby in 2005. Some G.M's haven't been that fond of him and some people thought he might be a bust. But it wasn't his fault he started the year in the minors because the Ducks were doing 3-5 for bad cap management. 31-26-57. I'm trying to figure out what kind of women that would make, but it was Ryan's point totals this year in just 64 games after getting called up in November. He scored a power play goal in game 2 against San Jose, and if the Ducks can get to round 2, this guy could do some damage with Getzlaf and Perry, a trio the Edmonton Journal's Jim Matheson has dubbed the next coming of the Legion of Doom line.

2. Simeon Varlamov-Washington
Ok so he doesn't have the stance going yet. 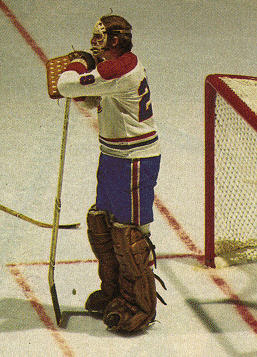 But Simeon Varlamov does have a few things in common with Ken Dryden. Like Dryden, Varlamov could still win the Rookie of the Year award after debuting in the playoffs. I'm thinking the 20 year old Russian wants to copy Dryden in another way by leading the Caps to a Stanley Cup while taking home the Conn Smythe as well. Varlamov was good in a losing cause against New York Sunday, only getting beat by Ryan Callahan on an odd man rush. He was perfect in game 3, giving the Caps some life with a 33 save shut out, with great saves against countryman Nikolai Zherdev and another Rangers acquisition this year, Markus Naslund

1. Claude Giroux-Philadelphia
I do something during the season called fantasy draft prospect pick up and I've wanted to get Giroux in there for a while. I wish I would have. Did you see the kids set up for Simone Gagne in the Flyers first win of the series Sunday. He spins away from Letang, then slides one to a wide open Gagne. This after he scored a go ahead goal on an equally as nice pass from Daniele Briere. I thought his spirit would be crushed after taking a penalty in game 2 that led to the pens game winner in overtime. Nice bounce back for the rookie leading scorer right now with a goal and 2 helpers in 3 games.

I also like the dangling from David Perron on the Blues and the fiestyness from BJ Crombeen and Rick Rypien, and can't wait to see T.J. Oshie and David Berglund in future playoff series. I'm really hoping the Blues can mount a comeback as this series should go 7 games for our enjoyment. Last year we were talking about Richards and Carter from Philly and those guys could land on the Olympic team. Maybe some of this year's STP freshmen will make similar impacts.
Posted by Dean Millard @ 5:00 AM