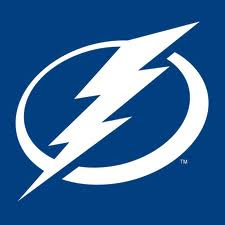 Each day until September 15th TPS will take a look at one team from the Eastern Conference and one club from the West and spotlight a few rookies to watch for this season. This afternoon we explore the potential first year guys for the Tampa Bay Lightning.


Dana Tyrell was Tampa's top freshman last season. The former Prince George Cougar started slowly in terms of production and ended the year with a pedestrian 15 points. More will be expected of him in 2011-12 but it's his former WHL linemate that many Bolts fans are hoping to see this year. But I don't think it's going to happen. 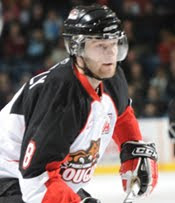 2010 6th overall pick Brett Connolly had a good bounce back year after missing most of his draft season due to injury. The winger ended the WHL season with 46 goals and 73 points in just 59 games and also helped Canada win a silver medal at the 2011 WJC in Buffalo. I'd argue that if Connolly were part of most any other organization, he might be able to crack the NHL this year. I just don't see it in Tampa because of the depth in the top 6 already and that I have a hard time seeing Connolly playing a different role as a 3rd or 4th liner. Tampa can afford to be patient with him, return him to the Cougars for a year where the team could have their best finish in years, take another whirl with Canada and then turn him pro a year from now. That's not to say that he doesn't get a few games in the big leagues this year though.

On the other hand, Carter Ashton's junior career is done and unlike Connolly, I could very well foresee the 6'3 power forward sliding comfortably into a checking role. I think it's more likely that Ashton ends up on the farm but I think a NHL chance this year is more probable in his case than with Connolly. Ashton split last season between Regina and Tri-City in the WHL and ended the year with 33 goals, 71 points in 62 games. 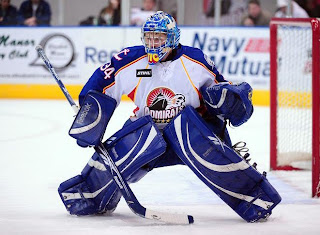 Goaltending at the top seems solidified with the ageless wonder, Dwayne Roloson, and his former Edmonton Oilers platoon partner Mathieu Garon now with the team. That said, should injury or poor performance become an issue then another former WHL standout is waiting in the wings. Dustin Tokarski isn't the prototypical goalie anymore; he's 5'11, not 6'5, but he's found a way to get it done through his career. He's got a Memorial Cup and WJC gold on his resumé and has a battler's mentality to rise to the challenge.
Posted by Guy Flaming @ 12:01 PM