Each day until September 15th TPS will take a look at one team from the Eastern conference and one club from the West, spotlighting a rookie or two to watch for this season. This afternoon we explore the freshmen candidates of the Florida Panthers. 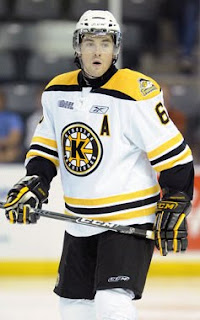 Without question, Erik Gudbranson is expected to be a part of Florida's defensive group in 2011-12. The 3rd overall pick in 2010, Gudbranson should have been on the team last year but a contract could not be settled on and the big blueliner went back to Kingston in the OHL. At 6'4 and 200 lbs, the rugged rearguard may start further down the depth chart until he gets acclimated to the NHL but certainly he's expected to be a cornerstone for the Panthers for years to come. 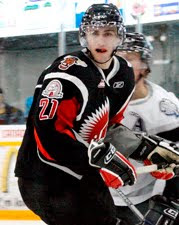 The Quinton Howden watch will also be in full effect. The Moose Jaw Warriors are obviously hoping to see the Manitoba product in the NHL one day but I'm sure secretly they hope that they get their star forward for one more season. I'm not confident that they will though as 6'3 Howden has all the tools to make the jump this year. After scoring 40 goals and 79 points in just 60 WHL games last year, few question whether he's ready, it's just a matter of earning a spot at camp.

3rd overall 2011 pick Jonathan Huberdeau will get a close look as well but there probably isn't room for both he and Howden and it's fair to suggest that the Saint John forward would benefit more from a return to the CHL than the Moose Jaw star. Still, Huberdeau will get consideration and could even get the popular 9-game trial to test his NHL readiness. 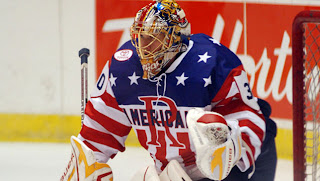 Swedish goalie Jacob Markstrom is in a similar situation of that which Washington prospect Braden Holtby is in; the incumbent starter has left the organization, a door to the NHL opens and then is closed as a veteran is brought in as a free agent. In Markstrom's case, Tomas Vokoun is gone but Jose Theodore steps in to platoon with Scott Clemmensen meaning the Swede is likely headed back to the AHL for more seasoning. That's probably not a bad thing because his numbers in Rochester last year weren't great; .907 SV% and 2.98 GAA and a 16-20-1 record.
Posted by Guy Flaming @ 12:01 PM