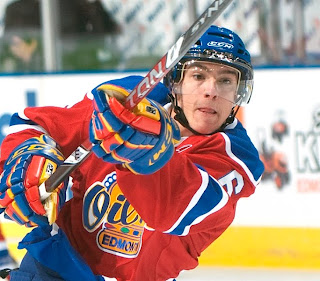 The Edmonton Oil Kings have parted ways with defencemen Braeden "Bunny" Laroque. With several of his now former Edmonton teammates wishing him well in Seattle via Twitter, we know that he will be joining the Thunderbirds.

Although the deal has not been formally announced yet, a source out of Seattle has indicated to TPS that it is a "straight deal for a late round pick". (Now confirmed by the Oil Kings)

Laroque, is a 19-year-old blueliner that lost his spot in the roster with the additions of import Martin Gernat (EDM), Ashton Sautner and Mason Geertsen. The native of Saskatoon has appeared in 120 WHL games and has accumulated 8 points and 78 penalty minutes.