The Wild have some interesting prospects coming down the pipe, they just aren't ready yet. Mikael Granlund looks to be an offensive wizard, Jason Zucker has speed to burn and Casey Wellman was a nice free agent signing in 2010. The team has several openings and a number of good candidates. They also have guys that need to start living up to their draft status. 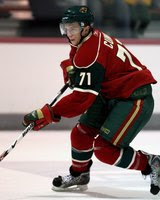 Colton Gillies was taken 16th overall in 2007, and it's looking like that was way too high as he played just 7 games with the big club last season. Tyler Cuma is another first round pick that has yet to make his mark, but mostly it's because of injuries. A full year in the AHL should get him on the right track as he has tons of potential to be a shut down d-man. 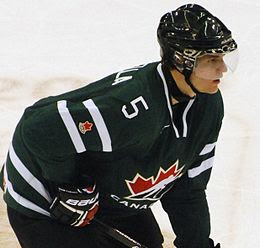 Marco Scandella is one of the guys who's exceeding his draft status. He was taken in the 2nd round in the same 2008 draft as Cuma went in the first round. His final year in the QMJHL he was a point per game guy in just 31 games and last year with Houston netted 19 points in 33 games. He also spent 20 games with the Wild picking up 2 assists, but offence isn't his game. He keeps it simple and makes smart plays. Scandella will have to play more physical however to stick around for more then a quarter of the season this year in Minnesota.
Posted by Dean Millard @ 6:00 AM