Welcome to the Jung-le (NHL Edition) 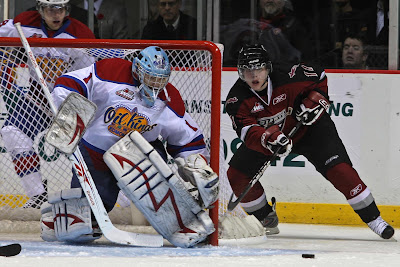 One person's misfortune is another person's big break as Edmonton Oil Kings netminder Torrie Jung has found out.

With Edmonton Oilers goalie Nikolai Khabibulin unable to dress tonight for the NHL team's tilt against Chicago, the local club has signed Jung to an amateur tryout and so he'll back up Jeff Deslauriers.

It might not be the NHL debut that anyone expected for Jung but he'll take it. He not likely to see a second of action but it will be quite the thrill for him regardless of his relegation to the bench.

Here is the release from the Oilers. 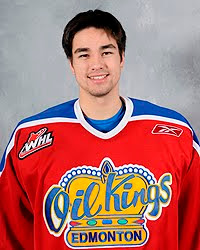 Jung was exceptional for the Oil Kings during the 2008-09 campaign and I suggested earlier this year that if he was simply as good as last season, the team would be in great shape. I added that if he took a natural step forward with another year under his belt and his play also reached another level, that he could legitimately challenge for the title of top goalie in the WHL. Unfortunately, he's not the top goalie in the WHL this year and one could argue that, although he has played well, he hasn't reached the same bar that he set so high last year (Stats).

Illness has played a factor on some nights and so has a tougher early schedule but I'm not the only one wondering out loud whether the Oil Kings might entertain thoughts of dealing their marquee player before the trade deadline.