NHL Central Scouting: The Reason Behind The Rankings

There are a lot of really good scouting services out there - as well as a few shady ones - but the agency that gets people the most excited, is also the one endorsed and ran by the league. NHL Central Scouting started 33 years ago, and for some it's the bible of the scouting world. If that's the case then we were blessed by an almighty presence Tuesday night on TPS. Okay, that's a little much, but E.J. McGuire, central's head man, does carry a lot of weight when it comes to deciding the future of young hockey players. 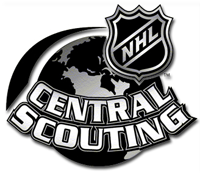 McGuire joined us after watching Kitchener battle London in the OHL and we started our conversation with him about the top two dogs in Ontario, Taylor Hall and Tyler Seguin. When the year began Hall was the top ranked player and consensus first overall pick by most people. But when central's November rankings came out the Windsor Spitfire was #2 behind the Plymouth Whaler Seguin. Expect the duo to flip flop the year before, and McGuire says if you like them in the OHL, you better get to see them this year.

"There were 6 this year who jumped from the 2009 draft into the NHL draft, there were 11 from the year before, and these two - Hall and Seguin - will be on NHL teams come October of next year."

Cam Fowler (Windsor) and Erik Gudbrandson (Kingston) are next in the OHL rankings followed by Barries Alexander Burmistrov. The next Canadian forward on the list is Sudbury's John McFarland. I was really impressed with McFarland during the Subway Super Series on Rogers Sportsnet, especially the way the 6.0 200 lb forward used his big frame.

"Strong on his skates," McGuire began before adding McFarland has missed time due to injuries this year.

Missing action has been a common theme for a few players this year, as Guy pointed out Brett Connolly (Prince George), Joey Hishon (Owen Sound) and Kirill Kabanov (Moncton) are all out of their respective line ups. McGuire explained how central deals with evaluating injured players.

"We try not to drop them in the ratings, we try to grab viewings and hold to those kind of principals. But it's tough when the other guys are scoring hattricks right before your eyes."

The Moncton Wildcats owns the top 2 QMJHL players ranked by central scouting as well as the number one slotted goaltender Louis Domingue. While the injured Kabanov is #2, defenceman Brandon Gormley is projected to be the top Q player selected in this Junes draft. Gormley starred for Canada at the Ivan Hlinka tournament this summer and McGuire made a lofty comparison to the rearguard.

"To maybe compare him to other years, he might be in the category of Victor Hedman." McGuire qualified the comparison by saying Gormley is a few inches and pounds shy of Hedman, but that their offensive instincts are similar.

Another defenceman getting rave reviews from McGuire is Edmonton's Mark Pysyk, mostly because of his skating. EJ agreed with Guy's comparison of Pysyk to John Moore drafted in the first round by Columbus last season.

From the blueline to the last line of defence, we talked goalies. McGuire made it clear that he doesn't pretend to be a pipeman expert, but defers to central staffer and former Washington Capital Al Jenson. There are 3 goalies garnering a lot of attention right now. Calvin Pickard (Seattle), Louis Domingue(Moncton) and Jack Campbell (US National Development team).

"Those will be 3 goalies for the first time that will probably sneak into the mid to later part of round number one, and that hasn't happened in a couple of years"

After our conversation with EJ McGuire we had a short discussion about Jack Campbell and how according to Western College Hockey Blog, he'll be jumping ship to Windsor next year rather than attending Michigan, which would be following a Wolverine teammate who just left the den for the OHL.

You can hear the entire conversation by clicking here.
Posted by Dean Millard @ 4:00 AM