Speaking of monumental logo upgrades... thank you to the dude (or dudette) who clued in and punted the ridiculous bug that Columbus used to wear on their jerseys and decided to adapt the Civil War look. Not that war is exactly something you want to promote, but the nod back to the history of the region is a massive step up from "Stinger", their green (not blue!?) insect mascot that the team used to have on their uniforms. The current theme was a perfect fit for former coach Ken Hitchcock, a self-proclaimed civil war aficionado. 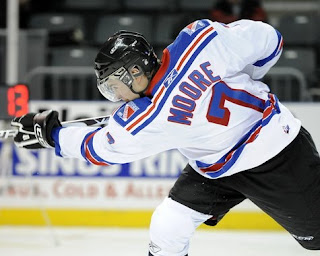 1st pick last year: John Moore (21st overall) - Moore received a long look at Jackets training camp but after arriving in Kitchener, his year didn’t go quite as smooth as I thought it would. His goals were down but his points were up from the USHL, and when he was in the OHL he was very good. However, I was shocked that he was cut so early by the U.S. World Junior team. Was he made an example of for breaking off his college commitment to Colorado College? Moore is such a good skater and smart player that he might make the jump to Columbus this year.

The Good: Steve Mason (69th overall, 2007) - This year he wasn’t great, but the Jackets are hoping Mason returns to the Calder trophy winning form he displayed in 2008-09. Mason when on is calm, cool, collected and terrific. Injuries might have impacted his season this year, but I still think the future is very bright for the south paw.

The Bad: Gilbert Brule (6th overall, 2005) - I was one of the many who thought Brule was taken a little higher than he should have been and was shocked that Columbus tried to rush him into an NHL career. Inside Columbus sources have told me they tried to sell tickets with him and obviously it didn’t work. He’s now on his second NHL organization, and the guy they traded him for, Raffi Torres, isn’t with the team anymore.

The Unknown: Nikita Filatov (6th overall, 2008) - Will Nikita show up to play for the Blue Jackets now that Ken Hitchcock is no longer around? That’s the million dollar question. TPS thought he was the sure thing when it came to Russians in 2008, but after decreased playing time he bolted back to Russia this season and didn’t have a lot of good things to say about the situation in Columbus while suiting up for his country at the WJC. He and Russia were terribly disappointing, and Filatov was stripped of the captaincy. He can be dynamic, and here’s hoping he’s not another Columbus draft pick from Russia that doesn’t pan out. 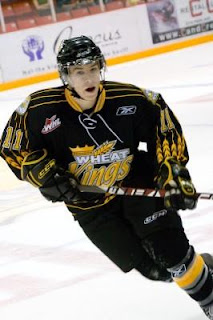 Coming Down the Pipe: Along with John Moore, the Jackets are excited about Cody Goloubef's potential. He has signed with Columbus after 3 years with Wisconsin where they develop blueliners as well, if not better, than any NCAA program in the country. David Savard was excellent for Moncton this year, especially at the Memorial Cup where despite not winning a game the Wildcats were very competitive. Maxim Mayorov had a decent season in Syracuse with 17 goals, while Matt Calvert came within a game of winning a Memorial Cup with his home town Brandon Wheat Kings. Calvert turned down a pro contract this year for the chance to win it all, and had a terrific season putting up 47 goals and 99 points.

Draft Trends: It's surely a coincidence but Columbus hasn't taken a Canadian in the first round through the last five years; taking an American, a Russian and a Czech. 2007 was the last time they took a goaltender when they selected Allen York, then of the Camrose Kodiaks of the AJHL.

Dean Millard: Brandon Gormley (Moncton) - Gormley was terrific at the Mastercard Memorial Cup proving to me that he's the best all around defenceman in the draft. Gormley would look great beside John Moore who the Jackets took last year in round one, giving them a future 1-2 pairing on the back end. That is, if CBJ keeps their pick. I think they might dangle it in front of Ottawa to see if it could bring Jason Spezza which would finally give Rick Nash a middle man. 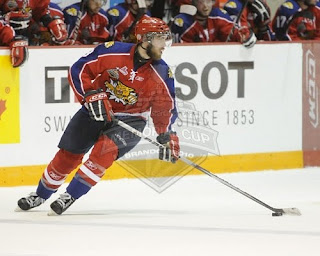 Guy Flaming: Erik Gudbranson (Kingston) - The Frontenacs captain is a big, defence-first blueliner who missed a lot of time this season fighting mononucleosis yet didn't see it hamper his draft ranking. Well spoken, mature and a dedicated work ethic make him a solid leader in Kingston and his play on the ice makes him a player any team would be happy to add to their franchise. With a bunch of offensive blueliners in the system already, the Blue Jackets (if they don't trade the pick) wouldn't be making a mistake if they take a guy who could anchor their defence for years to come.
Posted by Dean Millard @ 6:00 AM