Historically speaking, the Canucks haven't been known for wearing the most attractive team emblems. This shoulder patch featuring the head of "Johnny Canuck" is in circulation now on the club's third jerseys and I think it's one of the better ones the team has had. Moving back to the blue and green colour scheme a couple of years ago was a good move for the Canucks too. 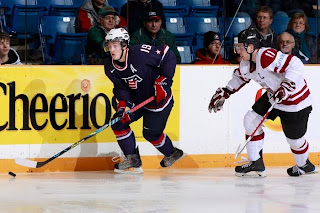 1st pick last year: Jordan Schroeder (22nd overall) – Size was the biggest reason that the skilled forward was still available that late in the 2009 draft. Schroeder was a key member of the gold medal winning USA team at the 2010 WJC but he and his Golden Gophers teammates underachieved at Minnesota. He was a point-per-game player in Manitoba after signing his entry level deal. (Photo: Matt Manor IIHF Images)

The Good: Mason Raymond (51st overall, 2005) – After two years of decent but not stellar play with the Canucks, the former Camrose Kodiak potted 25 goals and 51 points this past season. Raymond’s vision and hands have now caught up to his blazing speed making him a dangerous threat every time he’s on the ice.

The Bad: Patrick White (25th overall, 2007) – The forward has now completed three years with the Minnesota Golden Gophers but has failed to score ten goals in a season and his career high points total was the 17 he recorded this year. Fortunately for Canucks fans, their team dealt White to San Jose last summer. Unfortunately, the Sharks have had success with late blooming NCAA players.

The Unknown: Michael Grabner (14th overall, 2006) – The Austrian has spent most of the last three campaigns in the AHL with the Manitoba Moose but he made his NHL debut this year and produced 11 points in 20 games. Grabner has NHL speed but he hasn’t played enough to know for sure if the rest of the package is the same quality. 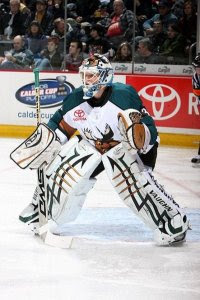 Coming Down the Pipe: There is no doubt that the cream of Vancouver’s prospect crop is among the forwards. Yes, AHL stud goalie Cory Schneider might arguably be the team’s top prospect but there are multiple forwards who could step in and be productive before there’s room for him in the NHL net. Schroeder, Grabner, Cody Hodgson, Russian Sergei Shirokov and Swede Anton Rodin have all shown Canucks faithful reasons to be optimistic. On the backend Yann Sauve, Kevin Connauton, Evan Oberg and Taylor Ellington give the team depth. If Hodgson’s reported friction with Vancouver management can be dealt with (if it’s not overblown) than all of the above could compete for a roster spot in 2010-11.

Draft Trends: Since 2004, Cody Hodgson is the only OHL player that the Canucks have drafted. On the other hand, the team chose 4 players last year who were from or were headed to the NCAA. The team hasn’t drafted a Czech player since 2002 or a Finn since 1999.

Dean Millard: Nick Bjugstad (Blaine, Minn HS) - A beast from the high school hockey ranks, Bjugstad won the Mr. Hockey award in Minnesota this year. He’s 6'4 and should play in the NHL at about 220 lbs. He had 60 points in 25 games this year, and while the competition is below junior, Bjugstad has great raw talent, speed and a sweet pair of hands, with a strong work ethic and good character to go with it. Bjugstad is committed to Minnesota next year, the same school that the Canucks first round pick from last year, Jordan Schroeder just came out of. 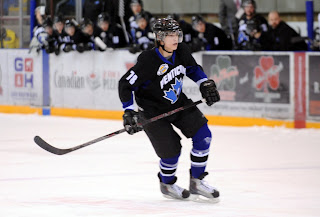 Guy Flaming: Beau Bennett (Penticton) – The BCHL’s leading scorer with 120 points in 56 games, Bennett obviously claimed the rookie scoring title as well. The California native played internationally with USA at the 2009 World Junior ‘A’ Challenge in Summerside PEI and will move to the University of Denver next season. Good height, average build, terrific wheels and clearly an ability to produce make him a bargain if he’s still available here. (Photo: BCHL)
Posted by Guy Flaming @ 12:00 PM

Guy Flaming? Is that his real name?

Thanks for stopping by.

Bjugstad would be one of the guys I'd be quite happy to see land in Vancouver. That said, I suspect he'll be gone prior to the Canucks' choice.

By the way, I really like what you guys have done with this and your approach. Kind of keeps us coming back for more.

@ Sean - Thanks for the catch.

@ Don - Appreciate the kind words, we do our best and it's nice to hear positive feedback too.