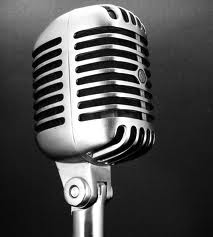 This Saturday Dean is on vacation so I've recruited a couple of guys to come in studio in his place. I'll be joined by a pair of Edmonton-area players who are still around this summer before they head back to their teams. Both are players who chose the NCAA path as the right one for them, one is still in school while the other is now a second year pro. 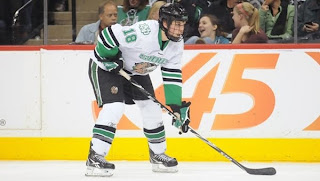 Dillon Simpson was taken in the 4th round by the Edmonton Oilers in the 2011 NHL Draft. This season will be his second at North Dakota and he's going to play a lot more than he did last year as a 17-year-old freshman. Before he returns to UND he'll take part in Canada's camp for the U20 World Junior Championship which happens next week right here in Edmonton. 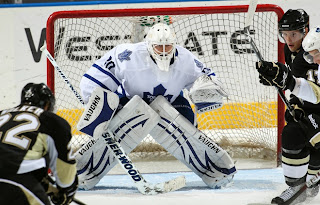 Ben Scrivens is a goaltender who was at or near the top of every goalie statistic in his last couple of NCAA seasons. Signed as a free agent by the Toronto Maple Leafs, Scrivens spent most of 2010-11 in the AHL with the Marlies and had a very impressive 2.33 GAA and .924 SV%. His numbers over his 4 years at Cornell were event more impressive.

Both players got their start in the Alberta Junior Hockey League before heading to the States.

If you have questions for either player, please feel free to submit them to me via Twitter or to our email inbox: pipeup@thepipelineshow.com

For the rest of Saturday's guest list, hit our main site.
Posted by Guy Flaming @ 10:44 AM

I maybe be trying to make this too simple but why doesn't the NHL just raise the draft age to 20, wouldn't that help both the CHL and the NCAA? CHL teams wouldn't have to worry about losing the top stars to the NHL or AHL as soon as they're drafted and if the player choose college it gives them two years to try it out? Best of both worlds. Not too mention so many people always complain that some teams rush players too quickly into the NHL so this would help with that.

I'm not 100% sure on it but if memory serves... talk about it was squashed by the NHLPA because it prevented adults from earning a professional pay cheque (or something like that).

More of a union thing than anything else. Maybe the thought was that players would go to Europe and play pro then.

I could be way off.