Back from the 3rd annual TPS Invitational Golf Tournament in Jasper, we were happy to be joined by three live guests but also selected 3 highlight interviews from the first 6 seasons of The Pipeline Show. We spoke with a top prospect who was recently involved in a major NHL trade, we chatted with the voice of another CHL team and also heard from a new media contact south of the border about the ramifications of the NCHC.

We opened our vault and picked a trio of must-listen conversations we had in the past, two with Hall of Famers looking back at their junior days and another spotlighting an infamous moment during the 1987 World Junior Championship.


The show began with Taylor an I recapping the big golf trip to Jasper Park Lodge and paying homage to Mr. Millard who earned himself a few more days in the mountains with his hard work setting up the event.

The interviews began with a replay of a discussion we had with Ron Francis. The fourth highest scorer in NHL history spoke with us in Season 4 about his days in the OHL with the Sault Ste. Marie Greyhounds and breaking into the NHL.

Shawn Mullin is the voice Swift Current Broncos. After a down year are the Broncos in full rebuild mode or can they get back on track sooner as opposed to later? The team returns their entire blueline from last year but lose their top line to the pro ranks. Incoming netminder Steffen Soberg might be the key new face in the WHL club's line up.

A year ago the San Jose Sharks were head over heels having drafted Charlie Coyle 28th overall in the 2010 draft. 12 months later the team dealt him to Minnesota as part of a package to get Brent Burns. How did the deal affect him and change his outlook for his NHL future? How did he feel about his freshman year at Boston University and what does 2011-12 hold in store for him and the Terriers? Is the 2012 WJC on his mind after getting a taste in 2011? 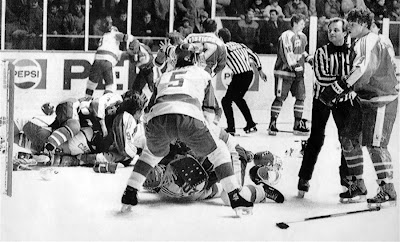 Hour 2 began with a replay of a conversation Dean had with Chris Joseph, a veteran of over 500 NHL games and a classic junior hockey moment too. "The Punch Up in Piestany" from the 1987 WJC was spotlighted in the interview which originally ran in Season 2 but is not less interesting to hear today. A true classic moment in TPS history. 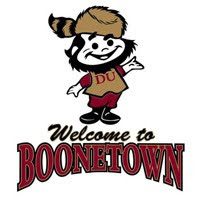 The NCHC is having ongoing ramifications throughout the NCAA landscape. What role did the Denver Pioneers play in the formation of the new conference and how will they benefit from the move? Will TV come into play? What does it mean for college hockey overall? Mike Chambers from the Denver Post weighed in with his opinion on the subject plus we looked ahead at the 2011-12 edition of the Pioneers - are they the team to beat or will the injury to Sam Brittain be their downfall? What about sophomores Beau Bennett and Jason Zucker or freshman Scott Mayfield?

Finally, one of the first Hall of Fame players we've had on the show was Luc Robitaille. He talked to us about his time in the QMJHL with the Hull Olympiques including a season where he scored just under 200 points! Another stellar gem in the vault of the TPS media Archive.

If you missed any of today's show, you can catch each segment in its entirety by CLICKING HERE.

Also, the July 19th edition of TPS was not archived until now because of the trip to Jasper. If you missed it live and want to hear Erik Gudbranson, Team Canada coaches Steve Spott (U18) and Don Hay (U20), the voice of the Quebec Remparts Ray Cloutier and Prince George Assistant GM Wade Klippenstein... CLICK HERE.
Posted by Guy Flaming @ 12:56 PM