This time of year The Pipeline Show spends a lot of time looking ahead to the World Junior Championship, one of our four "Majors" on our annual calendar. That said, we certainly didn't forget the massive spectacle that the NCAA put on last weekend and we also looked to the AHL for an update on some key prospects at that level.


Hockey Canada made it's first round of cuts on Tuesday and that dominated our first segment. For Guy it was Linden Vey, for me it was Brayden McNabb. To find out why, check out the link below. We also discussed how the Bonnyville Pontiacs are paying tribute to former AJHL player Matt Cooke tomorrow night. A nice ceremony will take place before the game against Drayton Valley. 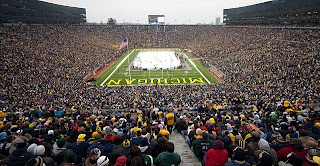 Our first guest was Paula Weston of USCHO.COM, who was at the Big Chill at the Big House on Saturday where Michigan smoked Michigan State 5-0 in front of a world record crowd of more then 113 thousand. Which was bigger the 3 points (CCHA rules give 3 points for a win) or the event itself. Did the game and the world record setting crowd get the coverage it deserved?

We dove back into the World Junior Championship with a conversation i recently had with Guy Boucher, now the head coach of the Tampa Bay Lightning. He used to be the bench boss in Drummondville and gave us his first impressions of a 15 year old Sean Couturier. It certainly sounds like this guy is the real deal...and might have been 2 years ago. 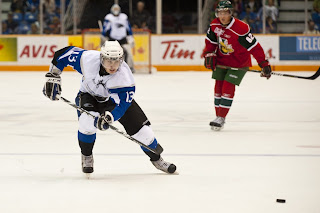 From there our 2011 draft prospect joined us. Tomas Jurco is a Slovakian forward who plays with Saint John. He's getting ready to join his countrymates for the tournament and we picked his brain about the team and their chances at the tournament. How much of an effect if any did Marion Hossa have on Jurco's career and what are his thoughts on the upcoming NHL draft?

Lindsay Kramer writes for NHL.COM, and is based out of Syracuse so he sees a lot of AHL games. Kramer gave us the lowdown on Jacob Markstrom's struggles, Matt Calvert's fine play and a couple of recent NHL call ups in Max Pacioretty and Rhett Rakhshani as well as Binghamton's Bobby Butler.

We wrapped up the show, as we always do on Tuesdays with our CHL insider Sam Cosentino of Rogers Sportsnet. We started with the draft eligible players for 2011 and 2012. Couturier, Ryan Nugent-Hopkins, Ryan Murphy and Ryan Murray. From there we touched on the goaltending situation and finally did a little rapid fire with guys on the bubble. Why doesn't Brett Connolly make Sam's team and why are there questions about Eric Gudbrandson?