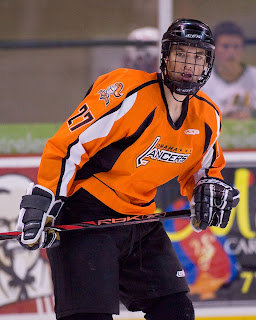 Continuing his guest blogging series with us today is Seth Ambroz, forward of the Omaha Lancers. The product of New Prague, MN wrote the first entry to the blog back on October 17th which you can read HERE. Since then, the 17-year-old has continued to develop with Omaha, has helped the Lancers to the 2nd best record in the USHL's Western Conference and headlined team USA's third straight gold medal at the World Junior A Challenge.

To fill in the time from Chapter 1 until now, here is Seth Ambroz...


This is Seth Ambroz with my second blog and I'd like to start out talking about the world Junior A Challenge. I have to say that was a wonderful experience. Going up to Penticton was great and it was a beautiful area being in a valley surrounded by mountains. We had an awesome group of guys and I definitely made some life-long friends from this. 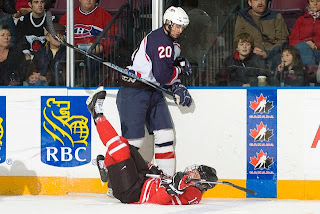 I felt I played well up there and I felt I did what I could to help the team win. Having to deal with a lot of adversity in the gold medal game going down 4 to 1 made for a sweet victory in the end. Winning gold was obviously the main goal and we succeeded and i won't ever forget it.

Now on to the Lancers. We just got done with the first half of the season and I think we have a solid team and our first half was not to bad. We have a good group of guys and also a young team with a lot of talent just waiting to explode into effect. I think this second half will be an even better half for our team.

People ask me if I feel I have been producing as much as I feel I should be and I feel I am helping the the team to the best of my abilities. Things started off slowly and the puck was not finding the back of the net but I still felt I was playing well and making an impact on the game. 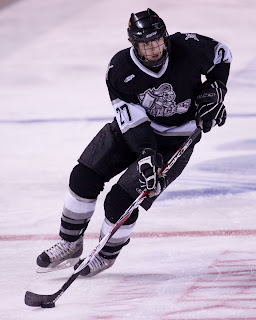 At the end of the first half the puck started going in and I feel it will continue as long as I keep a great work ethic and show passion and heart and just play the way I know how to play. I try not to worry about points and stuff like that; I am just worried about how the team is doing and what I can do to help.

Being a top player on the central scouting list is a great honor and I just want to keep working day in and day out to keep improving and developing my skills and abilities as a player and hopefully keep moving up and up.

Unfortunately i don't have any stories really from road trips just because we have not really been on a consistently long road trip but no worries I am sure some will come throughout the rest of the year.

We just got back from our Christmas break and that was nice to have. Being able to go see the family and friends and just be home for that week is great. We just got back and got back to work and we are now preparing for what should be a great game New Year's Eve in Tri-City.

This is all I have for now but for sure will write again, thanks!

Seth Ambroz currently has 17 points in 19 games and a +7 rating with Omaha in the USHL. The 6'3, 210 lbs forward was ranked as the 3rd best draft prospect out of the USHL by NHL Central Scouting in their preliminary release. His NCAA commitment is to the Minnesota Golden Gophers and he is expected to join the program in the Fall of 2011. The Seattle Thunderbirds of the Western Hockey League hold his CHL rights.
Posted by Guy Flaming @ 11:24 PM