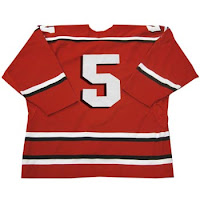 Edmonton is a pro-city and an event driven city. The Edmonton Oilers are by far the biggest thing in town and the CFL's Edmonton Eskimos are clearly #2. History has shown that massive events like the Heritage Classic, the World Junior Championship, The World Track and Field Games and others can be held here and the citizens will support it.

That cannot be said for other teams in town. Soccer, basketball, baseball, lacrosse... all very much off the radar for the vast majority of people in Edmonton. All of those sports have their supporters but certainly not nearly as much as the local teams that play them would like.

Hockey isn't immune to that either. The UofA Golden Bears are a perennial powerhouse but don't draw nearly as much as they deserve. There are 3 local AJHL franchises (Spruce Grove, Sherwood Park and St. Albert) and all of them have plenty of room at their home games.

And the Edmonton Oil Kings, now in their 4th season in the league, are averaging 3900 people in a building that holds just under 17,000. We've heard plenty of valid reasons as to why fans have not embraced the team and I can understand most of them. Parking at Rexall Place is an outrageous $15, ticket prices are out of whack when compared to the rest of the league (including other NHL/CHL markets), a lack of star power, poor marketing, the wrong atmosphere at Rexall, etc.

At the risk of coming off as a commercial for the Oil Kings, (the last thing I want to appear as), here are 5 reasons why people should be following the team from a far or buying tickets to Rexall Place and watching the team play.

OK, this might sound like an infomercial but still, for all those people who have said that prices to Oil Kings games are too expensive, THIS is your chance. Friday's game against Ryan Howse, Kevin Sundher and the rest of the Chilliwack Bruins is the one for you. Not only is it Teddy Bear Toss night where fans litter the ice with stuffed toy donations for underprivileged kids but you can get in the door for a measly $10. 10 bucks to sit anywhere at Rexall and watch what will be a pretty good game... honestly, if you are ever planning to go to your first WHL game then this should be the one. And if there is an outstanding attendance, hopefully the organization takes note and readjusts their prices for the future.

4. Under the Mask: Zach Braff

Edmonton GM Bob Green traded Cam Lanigan to Kamloops about a month ago and in return the Oil Kings received Jon Groenheyde. Or so we were told. Upon further review I think I can break the news that "Groenheyde" is actually a pseudonym for actor Zach Braff. Braff, the star of the TV show "Scrubs" and feature movies like Garden State, was apparently born in 1975 but clearly he's pulled some strings to be able to play in the WHL as 35-year-old. Whatever the case, he's been pretty darn good since arriving in Edmonton. 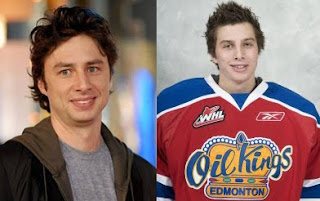 As a member of the Oil Kings, "Groenheyde" has a 2.76 GAA and 9.02 SV% which are much better than his numbers were with the Blazers. He's won 8 of his 12 games and has brought stability to the organization in a position that was a definite weakness through September and October. Groenheyde has given the team a fighting chance every game and is 6-0-0-1 in his last 7 games.

The single biggest thing that the Oil Kings marketing department doesn't do that both Dean and I think is a major mistake is promoting the opposition. Dean gives the example of when he called the Saskatoon Blades to book Duncan Siemens for our show, was put on hold and listened to the promotional recording: "This Weekend, Cody Eakin and the Swift Current Broncos come to town...". It's a no-brainer but locally the organization appears more happy to pump 'Elvis Night' than to inform fans that local boy and 2011 eligible goalie Liam Liston is in town for the Brandon Wheat Kings, the #1 ranked goalie in the WHL for the 2011 NHL Draft. I'd rather hear that than: "Hey, don't be a Hound Dog, if you've got Suspicious Minds about the WHL, come on down to our Heartbreak Hotel and watch us play a game. Just don't step on our Blue Suede... Skates!" 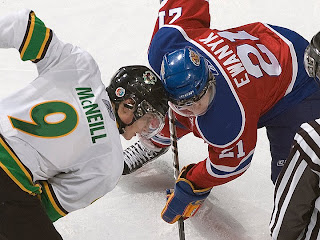 Every team in the WHL has players worth watching, even the last place teams like last night's opponent, the Regina Pats; Myles Bell is a potential 1st rounder for 2011 and Jordan Weal was taken by Los Angeles last June. Here's a quick guide for the next 2 months:

There are definitely more players of interest than I listed here but that's LOTS of players worth watching, even if you're not cheering for the home team. 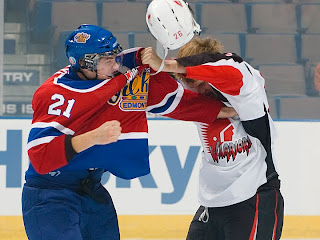 One of the biggest complaints I heard from people in the past was that not only were the Oil Kings not competitive but they weren't combative either. If you're going to lose, it's best to go down swinging. This year win or lose, the Oil Kings are swinging and more often than not, they're coming out ahead in the fisticuffs too.

There are a number of players on Edmonton's roster who are willing to drop the gloves - Klarc Wilson, Keegan Lowe, Adrian Van de Mosslaer, Rhett Rachinski, Cameron Abney, Jesse Pearson and Travis Ewanyk. All have fought multiple times this year and all have done very well at it. If you like the rough stuff, you'll enjoy watching this team.

1. This Team Can Win 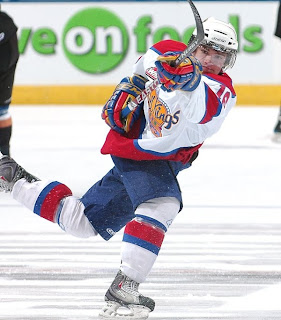 Critics who claim that the Oil Kings lack star power obviously haven't been to the rink lately. The team currently has two scoring lines that are dominating the opposition and have helped Edmonton to earn 17 of a possible 20 points in their last 10 games. Edmonton has climbed out of the cellar and into 7th place in the Eastern Conference and are threatening to move higher yet. They are 6 points back of 6th place but hold 5 games in hand over the Swift Current Broncos (tomorrow's visiting team). It would be asking a lot of this team to finish in the top 4 but edging up to 5th does not appear unrealistic right now. 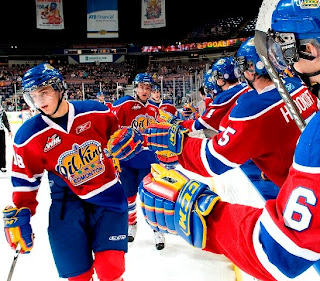 Then there is #18 Michael St. Croix. The potential 1st round pick at the 2011 NHL Entry Draft has 23 points in the last 10 games and yet has somehow managed to not be named WHL Player of the Week. He's had the #1 spot on the WHL Plays of the Week with a sensational one-handed, top shelf goal that made highlight reels every where. He's now ranked 10th overall in league scoring and has played fewer games than five of the names slotted in above him.

Have I mentioned the captain, 2010 1st round pick Mark Pysyk yet? It must have slipped my mind because he's one of 9 remaining players at Canada's World Junior Camp.

This is a team worth watching but don't take my word for it, find out for yourself.
Posted by Guy Flaming @ 2:30 PM

...and 23 in 10 games. Thanks for catching that. I was looking at a different stat and got my wires crossed, sure didn't mean to undercut his stats.

I'm amazed at the lack of ink Griffin's gotten.

I mean, Ryan Murray is going to be a household name pretty soon among hockey fans, but Reinhart has been just as good in a lot of ways and unlike Murray, he already has pro size.

Man 2012 is going to be good for defenseman.

Reinhart is a lot better now than he was at the start of the year. I think he can still be more physical but I have to keep reminding myself that he's 16 and not 18 or 19.

You're right, he'll be a big player in this league.