Who Will Become Captain Canada? 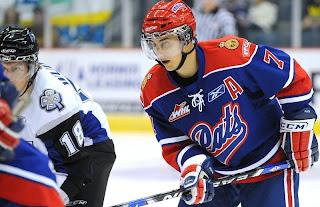 Now that the final roster is in place, the next question is who will Hockey Canada look to as the leadership group for the 2010 World Junior Championship. When you have a roster comprised of 22 leaders, it's probably a good problem to have and an easier decision to make. That said, it also makes guessing who will wear the letters might be more challenging too.

I haven't actually heard if captains have been chosen already but assuming that the decisions won't be made until the exhibition games have started (and maybe completed) I thought this little exercise would be interesting to do.

First, let's identify which of the 20 skaters from Canda's roster currently wear a letter for their club team. (as far as I can tell)

Jared Cowen - Has worn 'C' for Spokane
Calvin de Haan - 'A' in Oshawa
Ryan Ellis* - no letter
Travis Hamonic - 'A' in Moose Jaw
Alex Pietrangelo* - no letter in STL.
Marco Scandella - no letter with Val d'Or
Colten Teubert* - 'A' with Regina 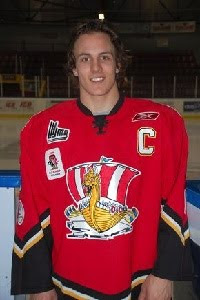 Another big factor is probably the 7 returning players on the roster, they'll automatically be looked at for leadership because of their past experience. It might not mean that a first year player can't or won't be given a letter but I doubt the captain will be one of the non-returnees. 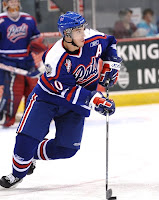 So, of the returnees, the guys who wear letters with their club teams are: Teubert and Eberele with the Pats, Della Rovere with Barrie and Cormier with Rimouski. Would it be fair to suggest that if Pietrangelo were still in the OHL rather than the NHL that he'd be a captain? I don't think that's unrealistic so let's keep him in the running.

It's interesting to not that, of these five remaining names, the only two who are actually Captains during the regular season are Della Rovere and Cormier.

You would imagine that your captain would play a key role on the team and certainly Eberle fits the bill there. Both he and Teubert play on the local WHL team which might also give the two of them some extra consideration. I'd be surprised to see them both get letters though. 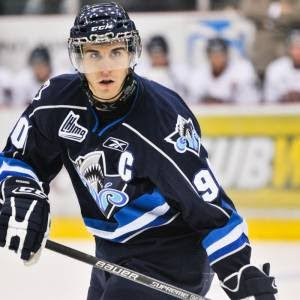 It's just a prediction but I'll venture to guess that the captain will be Patrice Cormier and the guys wearing the Alternate A's will be Jordan Eberle, Alex Pietrangelo with Adam Henrique getting the last if the team goes with three.

I can quite easily see Eberle, TSNs anointed top junior player in Canada, being given the role and wouldn't have any problem with that at all. I'll buck the early thinking though and go with the New Jersey prospect that fills the same role for the Oceanic.

Who would your lettermen be? Leave your picks in the "Pipe Up" comments section below.
Posted by Guy Flaming @ 2:06 PM

And just a note that Brayden Schenn is the co-captain in Brandon with Matt Calvert.

*If they go with 4 letters.

Seriously, how can you not like Pietrangelo, who's played in the NHL as a leader on this team.

I may get slammed for this, but there is now way that Eberle's Tournament will be as good as last year. He's lost both his linemates who were themselves top-flight scorers, and won't be getting those offensive juggernauts this time around. Nazem Kadri and/or Braydon Schenn can't hold a candle to the likes of Hodgson, and unless he's riding shotgun with Taylor Hall, nobody even comes close to John Tavares.

I'll say it right now, I predict a lot of quips from Pierre Mcguire along the lines of "Jordan Eberle has to elevate his game" or "Jordan Eberle is not the same player as last year".