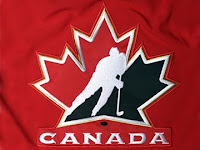 Hockey Canada got out the cleaver on Tuesday and chopped 4 players from their camp roster. The team has played a pair of inter-squad games and will faceoff against a CIS All-Star team tonight that is comprised of members of the UofS Huskies and Regina Cougars. Unfortunately for four players, their WJC hopes have been cut short.

Three of the 4 players are 17 years old and were at their first World Junior camp, while Deslauriers was in tough to make the club with a stacked blueline that includes 3 returning defencemen. Gormley was in a similar position as Deslauriers, plus he was battling the age factor.

McFarland came into the tournament on a terrible slump, with just one point in November and needed to be lights out during camp to make it. I was a little surprised that Prince George forward and fellow 2010 prospect Brett Connolly didn't get the invite over McFarland, but Connolly missed most of the year with a hip injury, and is out once again. 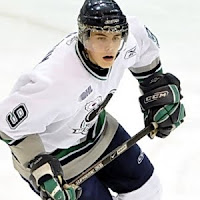 Finally Tyler Seguin being one of the casualties could be considered a surprise, and it might mean he'll never play in a World Junior Championship, as EJ McGuire recently told TPS that he feels Seguin will make the jump directly to the NHL next season after being taken first or second overall this June. The same thing happened to Matt Duchene after he was cut by Canada last year, and is playing with Colorado right now after being taken 3rd overall at last year's draft.

9 more players need to be cut including 2 goaltenders. Are you surprised by any of the players released? We'll discuss this and more tonight on TPS. We'll also speak with the man who scored the tournament winning goal the last time the event was held in Saskatoon. Also joining us tonight will be Paul Kelly, formerly of the NHLPA now working with NCAA hockey, Brent Parker GM of the Regina Pats, Jim Johansson of USA Hockey and 2010 draft prospect Stanislav Galiev who plays in St. John of the QMJHL who was not named to Russia's roster for the WJC. 7-9 PM MST on the TEAM 1260 in Edmonton or online at www.thepipelineshow.com. You can get in touch with us by emailing a question or thought to pipeup@theteam1260.com.
Posted by Dean Millard @ 9:08 AM

Mcfarland should not have been there anyways. He is way to hyped up