The Memorial Cup kicks off tonight with the host Kitchener Rangers taking on the Gatineau Olympiques. Before the tournament begins we wanted to offer up the names of 4 players we think get overlooked and yet could have a major impact on the success or lack their of for their particular squad. 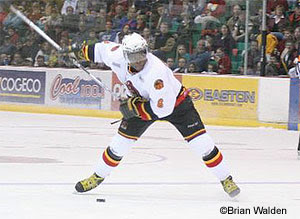 Belleville's offensive leader from the backend is the epitome of a team player according to head coach George Burnett. Subban became nationally recognized after making Canada's World Junior team as the 7th defenceman. Drafted 43rd overall in 2007 by Montreal the Toronto native had 8 goals and 46 points in the regular season but has added 8 more goals and 23 points in the OHL playoffs. He's got a big shot and that makes him a threat. 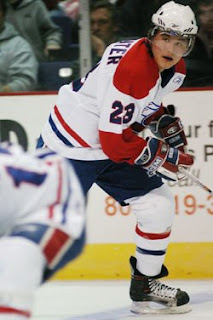 5th on the team in scoring during the regular season with 31 goals and 60 points but the 20-year-old has stepped it up even more so in the playoffs for the Chiefs. 10 goals and 18 points in 21 games for the Lethbridge born Blackwater helped earn him WHL Player of the Week recently. Head Coach Bill Peters has a ton of confidence in his second line which consists of Blackwater, Ondrej Roman and David Rutherford. The un-drafted Blackwater is 6'0 and 195 lbs and with the way he's played this season it would be hard to believe that a pro tryout somewhere isn't in the future for him. 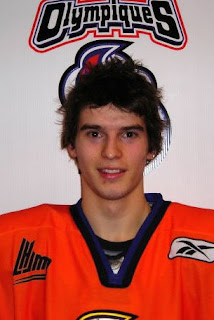 The trade deadline acquisition has paid huge dividends for the Olympiques as Prokop led all QMJHL defencemen in playoff scoring with 28 points in 19 games. The native of the Czech Republic played for his country during the 2008 World Junior Tournament in his homeland. The 20-year-old is also undrafted but could make for a fine free agent signing this summer as every NHL team would like to add a puck mover to their backend. At 6'0 and 190 lbs, Prokop has average size. 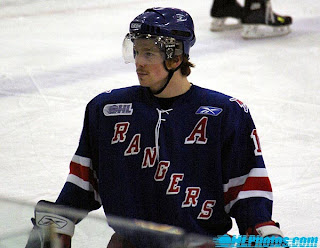 Duco has been with the Rangers his entire OHL career and the 20-year-old would like nothing more than to cap of his junior days with a Memorial Cup win. He's 5'10 and 195 lbs and when he hits he uses evey inch and ounce to his advantage. Duco is feisty and can be down right nasty; think Steve Ott at the junior level. He set new career highs in goals (32) and points (54) this season but in the playoffs has 16 goals and 22 points in 20 games. He's a leader and he's come to play.
Posted by Guy Flaming @ 11:13 AM