The annual 'get traded while you're at the World Junior Hockey Championship' shuffle doesn't happen any more.

Gone are the days of Steve Mason going from London to Kitchener on the same day he was beating the U.S.A in the semi-final or Brad Marchand the same year who knew before Canada's training camp that he was going to be dealt to Halifax at some point. Some in the hockey world have told TPS there is an unofficial trade freeze for players taking part in the World Junior Championship and Under-17 events.

But that doesn't mean you can't talk trade, kick tires or make an offer and it sounds like several teams are doing that while others seem to be standing pat. 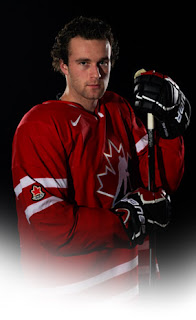 Brett Connolly, or at least the rights to him, will get traded. That shouldn't be a shocker to anyone, unlike what was written about Connolly on the Tampa Bay Lightning website Wednesday. The Bolts originally wrote that he would be missing the Bronze medal game and joining the team on their Eastern Canadian swing. After a few tweets about it from yours truly, the site was changed to say he would join the team at the conclusion of the tournament. Tampa's official twitter page then read this:

Tampa Bay Lightning @TBLightning: Absolutely no truth to the rumors that Brett Connolly will not play in the Bronze Medal Game at the World Juniors tomorrow.

What rumour? If an NHL team writes it on their website, is that a rumour?

Connolly might rejoin the Lighting post tournament but that doesn't mean he will stay there, and you can bet teams are lining up with conditional offers for him. If he does get sent back before the trade deadline then you can expect a Cody Eakin, Brayden Schenn, Travis Hamonic type deal for the Cougars. If not, then PG will surely trade his rights. Medicine Hat, Moose Jaw, Portland, Brandon have all been mentioned. In 2001 the Regina Pats made a conditional deal with Prince Albert, that if Scott Hartnell was returned to Junior and played for the Pats, PA would receive a first round pick. The Pats were hosting the Memorial Cup but never had the services of Hartnell. 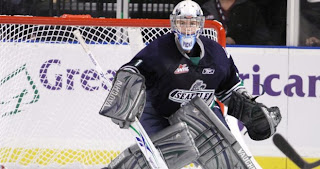 Our good friend Ross MacLean, the head scout of ISS tweeted the other day that Brandon will end up with goaltender Calvin Pickard from Seattle. The Wheat Kings are reportedly giving up 3 players and 2 picks for Pickard and a 2nd rounder. The move would give Brandon a chance to win in the playoffs, and their goaltending took a beating recently when Edmonton rolled into Brandon and left with a 7-1 win. A hand injury took out Corbin Boes and Brandon Anderson hasn't been good enough. The one thing that might bungle up this deal is playoff money. Seattle is 7th right now but are 17 points out of hosting a series. They will get 2 games, and if Russ Farwell thinks Pickard can steal a series for him he'll keep him.

At the start of the season everybody told me I was crazy to pick Medicine Hat to win the conference and that the Tigers would be major sellers as the deadline. Well we're 5 days away and the Tigers sit tied for 3rd in the east. They'll soon get Emerson Etem back from the World Juniors and can rev up the offence again. Will the Tigers bulk up or just stand pat and hope to get hot in the Spring? 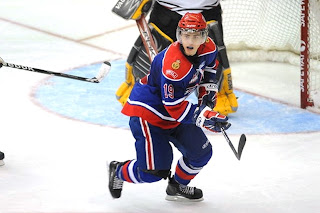 A few years ago Brent Parker was widely criticized for not trading Jordan Eberle and Colton Tuebert at the deadline. Parker wanted both to remain Pats, and passed up the chance to stock the cupboard for years. Will his successor make the same decision this year? Chad Lang should at least be listening to offers for Jordan Weal (23 g, 65 pts, 40 gp) and Brandon Davidson (31 pts, 41 gp, +15)? Probably, but then again Regina is only 2 points back of the Tigers and I'm being told Lang is buying.

Would Spokane move Brandon Kichton? He moves the puck well and showed he can pair with an elite Dman when he was +55 alongside Jared Cowen.

Ryan Murray would fetch a massive amount of return, and if the Silvertips think he'll be in the NHL next season they might want to deal him, but G.M. Doug Soetaert told TPS in October that Murray will be drafted as a Silvertip. If there is a work stoppage Soetaert will look very smart, but I think that is what it will take for Murray to be back in the WHL next season. 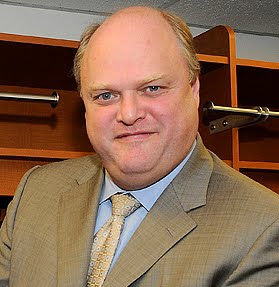 I'm pretty sure I know one team that can likely stand pat and that is the Oil Kings. Once Henrik Sameulsson arrives at Rexall Place, G.M. Bob Green will have added 3 players without giving up a live body. Cody Corbett joined the team from Minnesota and Green gave up a list player for Tyler Maxwell. Throw in injured forward Travis Ewanyk, who could have a massive late season impact and Green's work should be done. Edmonton is already leading the Eastern conference and soon will have more size and skill in the line up. The toughest thing might be not messing up the chemistry, but that's a good problem for the coaching staff to have.
Posted by Dean Millard @ 12:00 PM