Flames/Habs deal from a prospect point of view 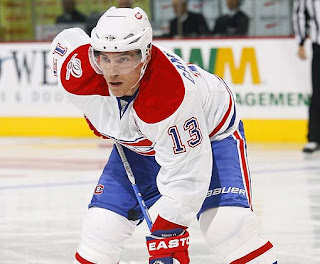 Montreal and Calgary made quite a stir Thursday night. I'm not sure why they couldn't have done the deal before or after the game instead of yanking Mike Cammalleri out of the game after the 2nd period. But it was a big deal for January. Cammalleri, who spent 3 years with the Michigan Wolverines, goes back to Calgary where he nearly potted 40 and Rene Bourque, a one time St. Albert Saint and 4-year forward with the Wisconsin Badgers, is much needed size for the Habs with a potential for goal scoring.


The picks are a win for Montreal, they get a 2nd pick next year while giving up a 5th this year. Patrick Holland joins the Montreal organization as a pretty good prospect, despite being a 7th round pick. He could be similar to former Oiler Kyle Brodziak who carved out a nice career and is a reliable player now. 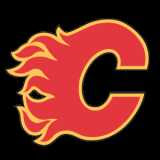 However the Flames could be in a perfect situation to bring goaltender Karri Ramo along. Originally a 6th round pick of the Tampa Bay Lightning in 2004 (the Habs picked him up for goaltender Cedrick Desjardins) he's been brilliant in the KHL for the past 2 and a half seasons. 64 wins, a gaa of 2.11 or lower, .920 save per cent age. Rammo was stalled with Tampa and wasn't going to join Montreal and play in Hamilton, but will Calgary be a different story? Is the allure of playing with fellow Fin (and possible idol) Mikka Kiprusoff enough to get Ramo back to North America? If so the Flames could have their successor to Kiprusoff. Ramo came up at the same time as Tuukka Rask and who knows could be just as good.
Posted by Dean Millard @ 1:35 AM