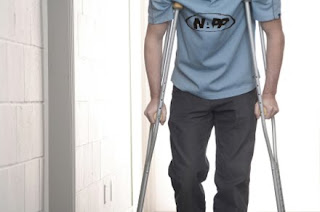 The CHL Top Prospect game will be played on Wednesday but the shadow of injuries to the Class of 2012 hangs over this year's showcase. Certainly the game will still be worth attending or watching from home but it's impossible to ignore the fact that the absence of several key players is a blow to this year's event.

When you consider the same was the case with last week's inaugural USHL Top Prospects game (and the US-NTDP tied up with exams), it really is an unfortunate year for the class of eligible players. Of the top 30 players ranked by ISS in January, only 11 will have taken part in either the CHL or USHL Top Prospects Game. 6 of those 30 are European based so ineligible anyway but still, less than half of the ISS first round?

Maybe the Central Scouting list will be more applicable because it separates the North Americans from Europeans. Don't get your hopes up. 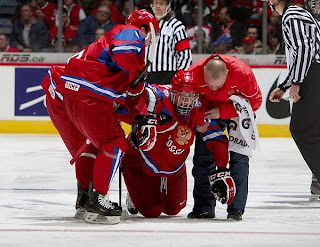 There will be 40 players taking part in Wednesday's CHL showcase, 18 of them appear in NHL Central Scouting's top 30 ranked players. Again, that's only in North America so not all are going to be 1st round picks.

Here is that top 30 and the status of the players for the CHL/USHL games.

18 skaters and four of them have been recently banged up to some degree and may not be playing at 100% in this game.

Keeping in mind that Malcolm Subban, the top ranked North American goaltender for 2012, is also sidelined right now by injury and you get a sense that no man is safe these days. Sarnia forward Alex Galchenyuk, considered a 1st rounder by everyone I have spoken with, is not included above by Central, but he too has been out long term with an injury. 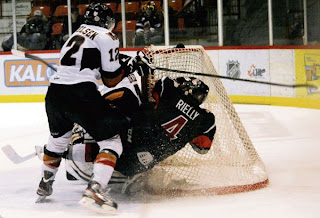 It would have been very interesting to see and evaluate the vaunted 'Big 5' WHL defencemen, all ranked in the top 10 by Central Scouting, in one game playing with and against each other. However, with Morgan Rielly on the shelf, the national viewing audience can't do that.

Of course, with 40 skaters involved in each Top Prospect Game, that lifts the number of total participants to 80. The silver lining to this situation is that a number of players who didn't originally get an invite to take part in the game, they will now have a chance to really make an impression.

The USHL game had two last minute additions. Matt Caito subbed in for his Dubuque teammate Michael Matheson and played notably well. All Jeff Kubiak did with his late invite was score the game's winning goal. Both players are actually un-ranked by NHL Central Scouting.

Not having Team USA involved was extremely disappointing to the league and will be rectified next year should the USHL hold another Top Prospects Game. However, the absence of what would probably have been 10 US-NTDP players meant that 10 other guys got their shot.

In Kelowna it will be a similar situation; Dane Fox, Dillon Fournier, Chris Driedger and Dalton Thrower all got the call as fill-ins. 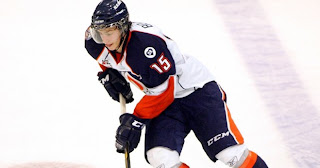 Kamloops forward Tim Bozon, an import from Switzerland, is an injury replacement but probably deserved an invite in the first place. He's had a strong season for the Blazers and you can bet he's extra motivated for Wednesday night to try and prove he belonged from the start.

There is no denying that with so many key prospects unable to perform, the Top Prospects Games are lacking a bit compared to most seasons but I'm not convinced that the events have less meaning because of it.

Someone will take advantage of the stage they have been given. It won't shock me if it's a player who wasn't in the picture in December.
Posted by Guy Flaming @ 6:00 AM