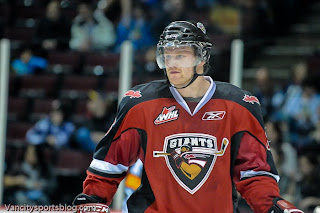 The Vancouver Giants may be without defenceman David Musil for a handful of games but it could have been much worse. TPS has learned that the wrist injury suffered by the Czech defenceman a week ago was first believed to have been broken. Not only will the Oilers prospect avoid a lengthy recovery time but also possible surgery.


On Saturday I spoke with someone close to Musil who described the way that the defenceman hurt his wrist last Tuesday against Prince George. I was told that he jammed his hand hard into the dasher board and bent it backwards. Initially Musil believed he had broken his wrist but that has proven not to be the case. 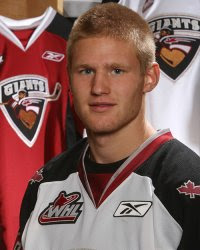 Still, the Giants have been without their marquee blueliner for the past two outings, both losses to Tri-City and Kelowna. It wasn't made clear if Musil will be ready for Vancouver's next game which comes Tuesday at home against the lowly Lethbridge Hurricanes.

Normally you would expect a banged up player to get the night off, as I do here, but the Giants saw star forward Brendan Gallagher and Dalton Sward also go down to injury this past weekend.

Vancouver is probably still good enough to beat the Hurricanes without those three in the line up but with the Spokane Chiefs hot on their heels for 4th place, playoff implications are entering the picture every night.

Musil also missed time during the World Junior Championship with a head injury although I have been told that the decision at that time was based heavily on precautionary reasons that an actual concussion.
Posted by Guy Flaming @ 9:54 PM