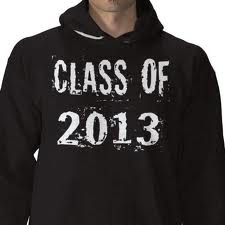 In January of 2010 I wrote a 'Top 5 Tuesday' that offered up the names of five players to watch in advance of the 2011 NHL entry draft. That list, released 18 months prior to the actual draft, was pretty hit and miss when you look at it now in 2011. But three of the players I mentioned did go in the top 10 including the guy who eventually was selected #1 overall.

Again, to re-read that post today is to use hindsight but when it was originally written, the guys I listed in the #4 and #5 spots really were regarded that highly. It just goes to show you how much can change for players from their 16, 17 and 18 year old year seasons in terms of their development.

That said, here's a quick list of five notables for the 2013 NHL Entry draft a full 20 months ahead of time. 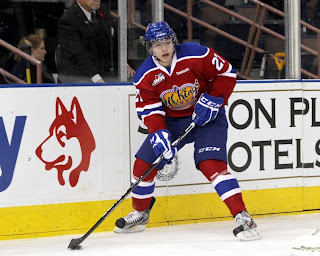 There is a lot to like about the BC product who is making his WHL debut in 2011-12. He's grown a lot vertically since the Bantam draft and he's filled out considerably with plenty of room for more muscle growth still to come. Lazar plays the game at a high level already, a mixture of high caliber playmaking skills, a deadly accurate shot but with a physical component that scouts have already taken notice of.

Lazar has accumulated 13 points so far this year, on pace with Alex Forsberg and Morgan Klimchuk who are other key '95 born rookies in the league. Of course many will also remember his performance at the 2011 Canada Games where he broke scoring records held by some guys named Crosby and Stamkos. Yes... he definitely can provide offence. 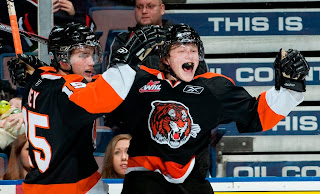 The late '94 born Albertan will have three full WHL seasons under his belt by the time the 2013 draft rolls around. He's currently top-10 in scoring with 29 points so imagine what kind of numbers he could potentially be putting up next season.

Shinkaruk played for Hockey Canada at the Ivan Hlinka tournament this past August and was extremely effective despite a lack of stats to prove it on paper. We have been told that he was one of Canada's top forwards but was snake bitten despite his prowess on the attack.

In Medicine Hat he has become part of a lethal 1-2 punch with Emerson Etem. Some will wonder how Shinkaruk will play without the Anaheim prospect while others also look at his size and wonder if he can dominate the pro game as he can at the junior level. Perhaps the success of Tyler Ennis, another small Medicine Hat forward, will help Shinkaruk's draft stock in 2013. 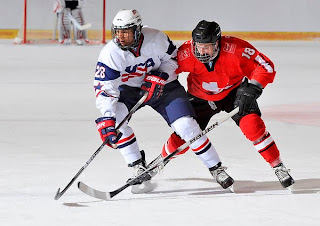 The top ranked defenceman at this point for 2013 has to be big Seth Jones. A member of the U18 program in Ann Arbor, Jones took part in this past summer's U20 camp for USA and probably stands a good chance of making that team for the 2013 event as an underage player. Everyone we've spoken with marvel at his abilities on the ice and his intangibles, having a former NBA player for a father, all point to training and acting like a professional.

The WHL's Everett Silvertips hold his CHL playing rights and to this point Jones has not declared a NCAA program as his choice should he opt for the college route. Jones could potentially become the highest drafted Texan in history. 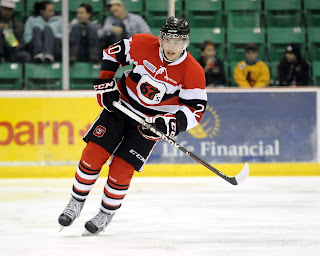 The guy who is really carving out a name for himself this year is Sean Monahan who, like Shinkaruk, played for Canada at the Ivan Hlinka tournament in August as a late '94. It's unlikely to happen but one has to wonder if Hockey Canada might be considering him at all for an invite to their December camp in advance of the 2012 World Junior tournament. His numbers suggest that despite being 17, he might not appear out of place in what is largely a 19-year-old's event.

Now in his second season in the OHL, Monahan has already nearly surpassed his rookie totals. Last year he managed 20 goals and 47 points in 65 games but in just 18 appearances this season he's totaled 33 points. The Brampton product is currently 5th in OHL scoring. 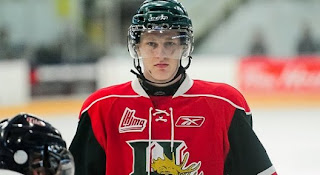 Certainly the player with the most 2013 hype at this early stage is the local star of the Halifax Mooseheads. As a recently turned 16-year-old, MacKinnon is tied for 10th in QMJHL scoring and is second in rookie production only two points behind Russian star Mikhail Grigorenko who is 16-months older.

We were told recently that MacKinnon was Team QMJHL's best player during the 2-0 loss to the Russians in the Subway Super Series. Like I proposed with Monahan, the highly skilled MacKinnon could earn a December invite from Hockey Canada based on his performance this year even though he'd be the youngest player at the sessions were it to happen.

Obviously there are a ton of other players worth mentioning. Here is a quick list of other North Americans:

Please feel free to add names of players you think deserve to get recognized for the 2013 draft. It will be interesting to see who gets a shout out; in the 2010 version linked to above, Brandon Saad (CHI) was nominated as a sure-fire top 5 pick... who eventually fell out of the 1st round.

It is not unheard of that a 16-year-old makes his SM-liiga debut, but Barkov is doing much more than that. Currently he sits on fourth place in team scoring with 4+4 in just 15 games.

His father, who played with Russia in three IIHF World Championships and is currently the assistant coach of Metallurg Magnitogorsk in the KHL, was 6'3", 220 lbs in his prime, so there's still room for "junior" to grow.

He'll probably become the youngest Finn ever to represent his country in the WJC. Had he been born just two weeks later, he wouldn't be eligible until 2014.

Ristolainen is almost a year older than Barkov and he has cooled off a bit lately, but he also debuted in SM-liiga as a 16-year-old and scored a couple of goals in just his second game with the pro's.

He also has a good chance of being one of three 94-born defensemen (2012-eligibles Olli Määttä and Ville Pokka being the other two) on the WJC roster of Team Finland.

Good stuff Eetu, thanks for offering up some Euro names for us!

Hi everyone I want to introduce you a big defencemen who play for Amos Forestiers in quebec midget AAA league. He is 6 ft 8 inches for 230 pounds. He used to be a centre so beside his shape he have great skating and puck handling skills. His birthdate is: 20 january 1995.