Hockey Canada invited 41 players to it's December training camp in Calgary. The list will be whittled down to 20 skaters and 2 goaltenders after the camp wraps up on December 13th. Here is my team heading into camp. 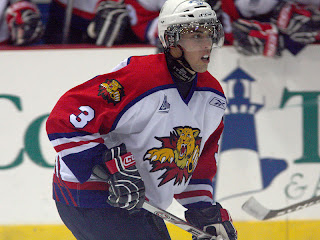 Obviously injuries or the lack or recovering from injuries could change the look of the roster quite a bit. If Ryan Murphy can't play that opens the door for Joe Morrow if he doesn't make the team. Jonathan Huberdeau is still recovering from a broken foot, if his offensive isn't in play, Tyler Toffoli's chances increase a bit.

Who did I forget in your eyes and who am I over valuing? Have your say, and leave us your team.
Posted by Dean Millard @ 6:18 AM

Interested in your thoughts on Mark Pysyk's prospects of making the grade. Did the injury set him back too far?

I think Mark is very close to making this team and I wouldn't be shocked if he did. I put Petrovic there because of his size and physical ability, but I know Hockey Canada is impressed with how Mark thinks the game and his terrific skating ability.