In a league with parity it's amazing what a hot streak over a two-week period can do. Case in point, the once floundering Calgary Hitmen have surged up the standings after winning 7 of their last 9 games. The 2010 WHL Champs have actually managed to climb out of the cellar and into the the 8th and final playoff position.


Not only are the Hitmen winning games but they are destroying goalie stats in the process. Calgary has managed to score at least 4 goals in each of their last nine contests and have actually scored at least 6 times on five of those nights. As of Saturday night, they are one of only 6 teams in the entire WHL that have reached the 100 goals for plateau to this point in the season.

The victims along the way during this streak include top teams like the Saskatoon Blades (6-2), Brandon (6-3) and Moose Jaw (5-2). In all, the Hitmen have outscored their opposition in these nine games to the tune of 51-26. 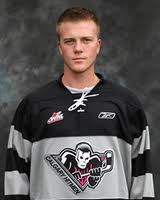 Leading the way have been the veterans; Cody Sylvester (left) is well on his way to a career year with 28 points, 13 of which have come in his last 7 outings. 20-year-old Jimmy Bubnick has 12 points in that same time span as he has found his groove after a very disappointing 2010-11 campaign.

Import Victor Rask is playing his way out of a slump. After beginning the year with 11 points in 9 games the Swede's production came to a near halt; only 5 points in the next 13 appearances. Now he's riding a 4-game streak that has seen him pick up 6 points.

Netminding has been better for Calgary as well with Brandon Glover now unbeaten in his last 5 games. 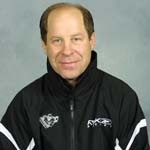 Where once it appeared as though the Hitmen would inevitably be a team selling at the deadline, that's no longer a given. By the time January 10th rolls around, GM Kelly Kisio may still decide that he doesn't have the weapons to challenge and that it would be best for the organization to move some players for picks or prospects, the opposite might also be true. Kisio has been masterful over the years with tweaking his roster for the second half and I for one won't put it past him to be able to weave that magic again.

The Hitmen are now off for nearly a week before they return to action in Edmonton on December 1st against the Oil Kings. They team has just completed a 4-games-in-5-days week so they rest is welcome I'm sure but when the sticks are hot, there is also the risk of them cooling off over the next 5 days.
Posted by Guy Flaming @ 1:00 AM