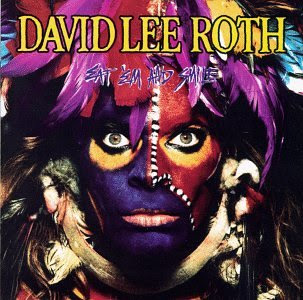 The year was 1986. David Lee Roth had left Van Halen, latched onto another brilliant guitarist, and released his first full length solo album. Eat'em and Smile is full of quality songs featuring Dave at his lunatic best, Steve Vai's ridiculous skills and Billy Sheehan's crazy bass. To me it's one of the most underrated CD's from the era.

Speaking of underrated... has anyone noticed that Emerson Etem is destroying nets and goals against averages around the WHL? 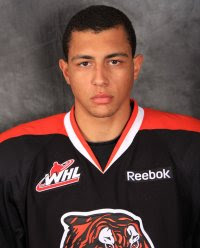 Heading into tonight's game against the Everett Silvertips, Etem has lit the lamp 21 times. That's after just 15 games, in case you were wondering. The Californian has been on an unbelievable tear, on a pace for 100 goals. He obviously won't reach that mark though because he'll miss a month playing for the U.S. in the 2012 WJC in Alberta.

You might be thinking, "wait a minute... wasn't there some guy last year who busted out of the gate like a house on fire too?" and you'd be right. Ryan Howse, pun quite intended, had scored 14 times in the first 9 games which is actually more goals per game. However, Howse cooled off considerably scoring only 10 times in the next 28. In the end, the Flames prospect finished with 51 goals in 70 games. 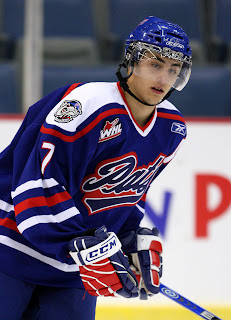 A better comparison for Etem this year is probably Jordan Eberle from the 2009-10 season, his last in the WHL. Eberle appeared in just 57 games for the Regina Pats that year largely because he was busy at the 2010 WJC in Saskatoon. At the end of that WHL campaign, the Oilers sniper had managed 50 goals on the nose. After the first 15 games of that year, Eberle had scored an impressive 15 goals, a rate that he was almost able to maintain for the rest of the year to hit that 50 in 57 games.

Remember, right now Etem has 21. At this pace, if he only plays the same 57 games that Eberle did in 2009-10 he'd still wind up scoring 79 goals. If that doesn't put into perspective what this guy is doing, I don't know what will. 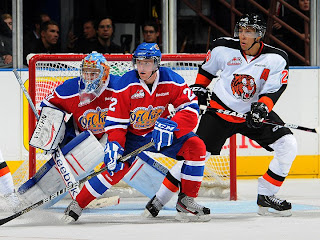 Etem has scored in all but one game this year, a night against Calgary where he had to settle for 4 assists. He has three hat tricks, two of them coming on the road and the most recent this past weekend at home against the Broncos. the 19-year-old has more than twice as many points as the next player on his own team.

UPDATE: the WHL has just announced that Etem has been named the Player of the Month.

Etem and smile indeed. The fans in Medicine Hat sure are.
Posted by Guy Flaming @ 5:02 AM