~
Yesterday it was reported that the Colorado Avalanche had informed the Brampton Battalion of the OHL that forward Matt Duchene was not going back to junior. That got me thinking of other players who teams are having to make a similar decision on as Game 10 closes in on them.

Here are 5 that came to mind: 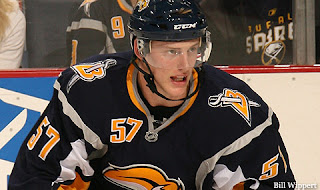 The gigantic 19-year-old dual citizen defenceman probably isn't going anywhere but considering there were some before the season who doubted Myers' ability to make the team, he's on my list. It was my feeling after the WHL playoffs and Memorial Cup that Myers had played his last WHL game but I heard the opposite from enough people that I wasn't sure this fall if I'd be right or not. Not only has Myers cracked the Buffalo roster but he's apparently been one of their better performers this season earning 4 points in 6 games with a healthy plus-5 rating to go with them. NHL.com's Dan Rosen wrote a terrific article recently about Myers and his situation in Buffalo. In that story, GM Darcy Regier is quoted as saying:

"It's tough to evaluate over nine games, but when you decide to keep a 19 year old, if that is the decision, then you have to know you're going to have to keep working with them and they will have more inconsistencies and ups and downs than the older players and you have to live with that," Regier said. "We still have some games before we have to make a final decision, but he certainly has gotten off to a good start." 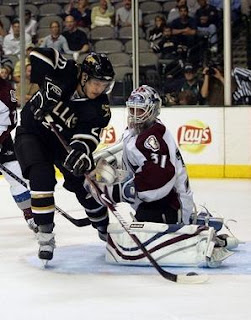 Here's another Rocket that I don't expect to see landing back in Kelowna anytime soon. Benn scored 82 points in 56 WHL games last season and was a big contributor at the WJC in Ottawa too. I think most people felt that he'd be turning pro this year but I don't know how many believed he'd become an impact player n Dallas already. After 8 games Benn is second in NHL rookie scoring with 7 points while playing with captain Brendan Morrow and Mike Ribeiro. Mike Heika from teh Dallas Morning News had a nice write up about Benn just last week. With Mike Modano and Jere Lehtinen going on the IR list, I'd be shocked if Benn was sent anywhere. 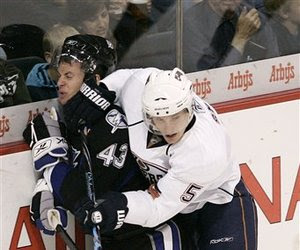 The Tampa Bay Lightning signed forward James Wright to a contract after "a strong training camp" that saw him post a few points and impress with his physical play. Thus far after 7 games Wright has yet to hit the score sheet although Raw Charge suggests line juggling in Tampa might see him promoted to the top line. I haven't seen a second of hockey in from Tampa Bay this year but with zero production so far you have to think that the brass is at least discussing their option of sending Wright back to the Giants. In Vancouver he'd play a big role on a good team - hardly a negative to be found in going back this year especially in terms of contract management. I won't be surprised if Wright returns to Vancouver but like I said, I am coming at this one from an uninformed position so you Tampa fans tell me... should he stay with the Lightning or not? By the way, that's wright in the picture getting smushed by Edmonton's Ladislav Smid. 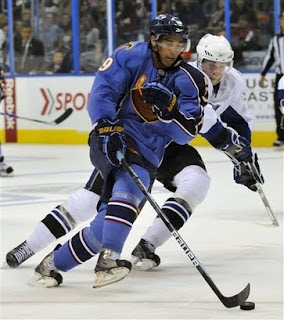 According to Guy Spurrier of the National Post, Evander Kane might be something of a lucky rabbit's foot for the Thrashers who are off to a 4-1 start this year. For his part, Kane has contributed 3 points and has a plus-3 rating while averaging 13:35 of ice time per night. Like Jamie Benn, Kane scored at will in the WHL last season picking up 96 points with the Vancouver Giants. He was a late addition to Team Canada at the WJC in Ottawa when Dana Tyrell (TBY) went down to injury. Kane played a smaller role at that event because he was one of the younger players on the team but now the Thrashers will have to decide if his junior career is behind him. Tough call in my opinion but considering the team's early season success, why mess with it? 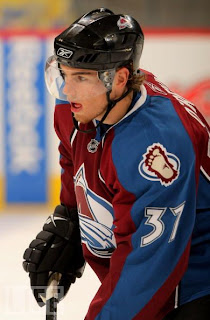 Well I was going to say that Colorado's decision to keep Duchene without mentioning Ryan O'Reilly was interesting and then, while I was writing this top 5, this happened.

O'Reilly appears to be another terrific 2nd round steal for the Avalanche much the same way Paul Stastny was in back in 2005 although he did not begin playing in the NHL three months later. O'Reilly and Stastny have identical stats, 1G-5A-6Pts, and are both listed as being 6' and 205 lbs. If the former Erie Otter can carve out as impressive a start to his NHL career as Stastny has, than Colorado will indeed be smiling.

Director of Player Personel David Oliver is one of our guests tonight on The Pipeline Show heard between 9-11 PM Eastern Time.