A Berry Good Fit In Kamloops? 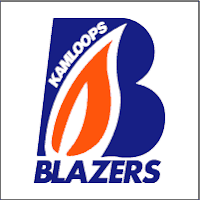 TPS is hearing Brad Berry's name is coming up when the Kamloops Blazer's coaching job is mentioned. Currently Scott Ferguson leading the way as interim coach. Berry I'm told was a finalist for the job when Barry Smith was hired. He has been an assistant coach with the Manitoba Moose as well as the University of North Dakota. He also played in the NHL with Minnesota, Winnipeg and Dallas. Michael Dyck's name has also surfaced in the last day or 2, he most recently coached the Lethbridge Hurricanes before being fired last year.
Posted by Dean Millard @ 3:26 PM

Nice article you got here. It would be great to read more concerning that theme.
BTW check the design I've made myself Female escorts