Canadian U20 Camp in Russia This Summer

Sometimes even the most bitter rivalries should be left on the ice and forgotten. Calgary and Edmonton worked together to put together the 2012 World Junior Championship this past winter. Finland and Sweden are teaming up for the Men's World Championship this spring. But perhaps the best example is what Hockey Canada is doing this summer for Russia.

Last night on The Pipeline Show head scout Kevin Prendergast confirmed that Hockey Canada was going to hold their summer U20 camp in Russia. We'll tell you why after the jump.


Every summer Hockey Canada assembles a group of about 45 players for a week of practice and inter-squad games as a first look towards the World Junior Championship. Last August the sessions took place in Edmonton and included a game in Fort McMurray, AB. 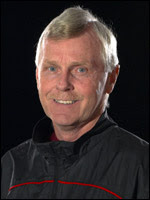 This year, for the first time ever, Canada will hold the camp outside of its own borders. We heard the details last night on The Pipeline Show.

"Our national junior camp is going to be in Yaroslavl Russia," Prendergast told our audience last night, "It's going to be part of a benefit to aid over there after the plane crash with the Yaroslavl hockey team [last summer]."

The charitable portion is obviously the most important part of this exercise and Hockey Canada should be applauded for being a part of it.

The fact that Canada will also be playing against another team instead of having inter-squad games is also a positive decision in my opinion. It's something I've harped on every summer as we see players get injured taking hits from their countrymen in what are basically meaningless games.

Two big thumbs up from The Pipeline Show.
Posted by Guy Flaming @ 9:44 AM