Marr the Man for Central Scouting 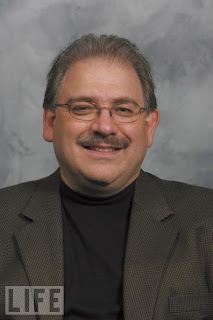 TPS has learned that Dan Marr will be named the Director of NHL Central Scouting. Marr was the head scout and director of player development with the Atlanta Trashers before they became the Winnipeg Jets. He was among the house cleaning that included Don Waddell, Craig Ramsay and Rick Dudley. Marr had been with the organization since they joined the NHL. in 1999.


Unfortunately there is an opening at NHL Central Scouting due to the passing of E.J. McGuire last April. McGuire held the post for 5 years and was liked by all. We spoke with him several times on our program and he was a wealth of information for all media outlets leading up to the draft.

Because of the Thrashers struggles Marr was consistently given a high end draft position, and while he does have some warts like all guys who make the call long enough will get (Stefan, Valibek, Bourrett) he's also hit it it out of park (Kovalchuk, Heatley and maybe Kane). Marr didn't draft very often outside of the top ten, but getting Bryan Little 12th overall in 2006 could pay off for the Jets franchise if he returns to his 31 goal form from 2 years ago. Zach Bogosian should be a beast for years and he picked up the Jets starting goaltender Ondrej Pavelec in the 2nd round. I also like Alexander Burmistrov a lot, despite his less then exciting 20 point rookie campaign.

Marr was also with the Toronto Maple Leafs organization where according to the book Chasing the Dream, he got his start as an Athletic Therapist but had such a keen eye for talent he was hired on as a scout after spending time talking hockey with executives Gord Stellick and Floyd Smith.

Hopefully we can find out more about Dan Marr and his new gig on a future TPS radio appearance.
Posted by Dean Millard @ 9:42 PM