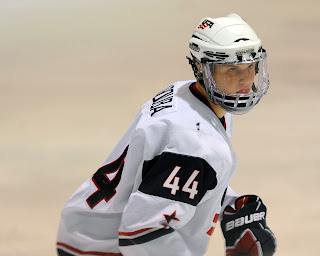 It's already been described as the Year of the Defenceman so it shouldn't surprise anyone that the first five members of the Draft Class of 2012 that we have interviewed on TPS this year have all been blueliners. Already in Season 7 we have talked to Everett's Ryan Murray, Dubuque's Michael Matheson, Dillon Fournier from Rouyn-Noranda, Portland's Derrick Pouliot and yesterday on TPS we spoke with Jacob Trouba from the U.S. Development Program. 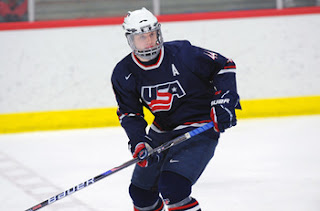 Jacob Trouba has been on the 2012 radar for a couple of years already. The OHL's Kitchener Rangers hold his CHL playing rights and until this week, the defenceman had not confirmed which developmental path to the NHL he had decided to take. That changed on Monday when he announced on Twitter that he had verbally committed to the Michigan Wolverines for next season. Our conversation with Trouba last night began there.

"It's definitely exciting, a lot of people are happy," he said, referring to the number of friends and family the Michigan native has in the area.

With the bad press NCAA hockey took this summer with a number of high profile "defections" of players detouring to the CHL, I asked if Michigan fans have a reason to feel confident that they would see him wearing Maize and Blue next year. 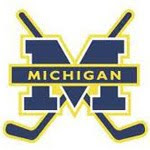 Earlier in the day we solicited listeners to submit questions for Trouba in to us via Twitter and the first few we received were all basically the same. "Thomas" wrote: "Ask him what % chance he backs out of his commit and plays for Kitchener." while "RWD" chimed in with "Ask Trouba when he plans to De-commit and bolt to Kitchener". So, we basically put the question to Trouba himself, was that a subject he would leave open to discussion with the NHL team that drafts him or should NHL teams be deciding on him at the draft knowing that he's headed to Michigan?

From there we wanted to learn more about the kind of player Trouba sees himself as. Dean asked if comparisons to a tougher Cam Fowler ring true with him.

"It's an honor to be compared to Cam Fowler at all," he began, "but I'd say I'm more of a physical offensive defenceman. I like to hit, I'll rush the puck up from time to time but mostly I'm, a big physical guy that's not afraid to get dirty." 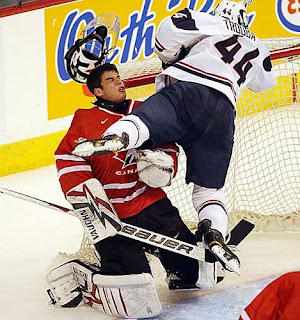 That led me to ask about his Twitter picture, an action shot of him plowing full steam into a Canadian goaltender. We wanted to know if he remembered that incident and if he could recapture the scene for us.

Because he described himself as an offensive defenceman, I asked the 6'2, 195 lb Trouba if the defensive side of the game came less naturally to him.

"I'd say that's fair," he admitted. "I've been working the last couple of years on defensive zone coverage and focusing on my guy. That's something that I definitely need to improve on."

Dean wanted to know where Trouba feels he fits in with the vast number of high profile defencemen available in 2012 and if playing against many of them on the international stage has helped him to compare himself to the competition. 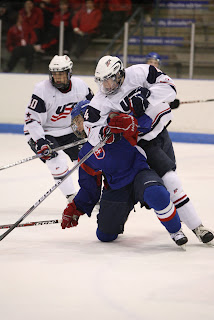 "I definitely know about those guys, I watch them at those events. It's tough for me to compare with them because they all play differently from each other and differently from the way that I play. "

One such tournament was the World U18s last April where Trouba played as an underaged player. I asked him what he took away from the event that helped in his development as a player.

"It was an awesome tournament, especially winning was a great feeling," he said, "Being with the guys for three weeks in a different country and eating different food, it was definitely a fun experience and something that I will remember."

It's a source of pride for Trouba that he gets to play in the development program. He lives five minutes away from the rink with his aunt and uncle which he says helps him avoid having a billet family. He considers playing for the program an honor and something he doesn't take for granted. Head coach Danton Cole, a former NHLer, has meant a lot to Trouba's development.

"He knows what he's talking about, he's a great coach," said Trouba, "He knows what work has to be put in to make it to the NHL and he's a hard working guy. Everything that he does he wants to do it the right way and I think that really rubs off on our team." 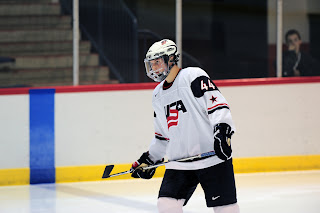 Fans always want to know who a prospect patterns his game after and although Nick Lidstrom has been in Trouba's backyard, it's another big name NHLer that he likens himself more to.

Earlier in the show we spoke with Mark Edwards, the man behind HockeyProspect.com and we asked him to give us his thoughts on Trouba.

"He definitely has a mix of size and talent and physical game," said Edwards who took in the USHL's Fall Classic and watched the USA squad three times. "He was on the power play with Seth Jones, a couple of small guys on the point (sarcasm), and they were smart. They both move the puck well and make good decisions with it, got their shots through."

A lot can change over the course of a season but at this point Trouba is expected to be a top-10 pick in June.