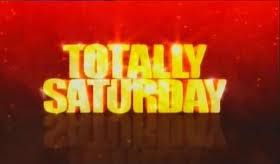 It's not every show that we have a member of the NHL Hall of Fame on the program but that was the case today. Plus we spoke with another CHL General Manager, a WHL assistant coach who was in Europe this summer spreading the gospel of hockey, we heard from a writer from USCHO.com who has been outspoken against the CHL scholastic program and we chatted with the head coach from one of the top CIS hockey programs in Canada.


We began the show setting up our guests list and running through a bunch of the topics that we'd be covering on the day. Patrick Roy was supposed to join us right off the top of the show but Remparts practice ran late so we discussed a variety of things instead. (Segment 1) 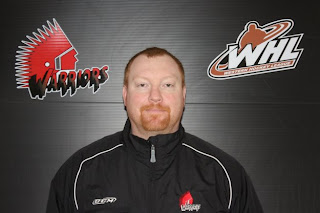 After a bit of a delay, Mike Vandenberghe, joined us to talk about the Moose Jaw Warriors. The WHL team should be one of the toughest in the league this year depending on whether the club gets Quinton Howden back from the Florida Panthers and the question mark surround their goaltending gets answered. We also discussed how he went to Romania to help promote the game and educate coaches on teaching it to young players. Finally, a charity project for breast cancer that Vandenberghe is spearheading was detailed as well. (Segment 2) 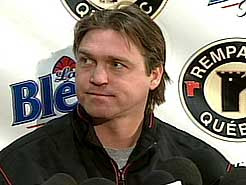 We did finally connect with Patrick Roy before the end of the first hour and it was more the worth the wait. After a mention of how the Remparts lost a member of their family in the Yaroslavl plane crash, the Remparts owenr, GM and coach talked about his team. Mikhail Grigorenko, Adam Erne and Anthony Duclair were all talked about in great detail including the process in getting them all to commit to the Remparts. We Roy also talked openly and at length in regards to the Matthew Peca story and his perception of how it all unfolded including his frustration with CHL President David Branch. Every time we have had Patrick Roy on the program it has been memorable but his appearance today was absolute must hear radio. (Segment 3) Hour #2 began with another CHL GM, Kyle Dubas who steers the ship for the OHL's Soo Greyhounds. We talked about the outlook for his team this season in a very tough conference, what "Hound Power" is all about, the education mandate he has establish for his players and also the trade request of Daniel Catenacci made public by another OHL GM. Finally, we asked Dubas to comment on the idea of pre-season inter-league play, something the Greyhounds partook in last season. (Segment 4) 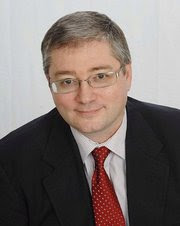 USCHO.com is considered by many to be the bench mark of reporting NCAA hockey and we have had several of their contributors on our show over the years. Today was the first appearance by Chris Lerch who is also the voice of the RIT Tigers in the Atlantic Hockey conference. Lerch joined us to share is opinions of the CHL scholarship program and the quality of CIS hockey which is in stark contrast to our own thoughts on both fronts. It proved to be an interest contrast in opinions. (Segment 5) 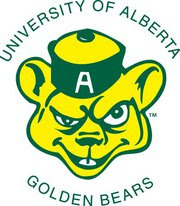 Finally, Stan Marple is the head coach of the University of Alberta Golden Bears. We spoke with him as the 2011-12 kicks of its playing schedule. The incoming freshman class is outstanding, goaltending is solid and the outlook is solid for the Bears this year. We also asked the coach about his experiences as a player going up against NCAA competition. (Segment 6)

The show may have started a bit rough but when it was all said and done, it would have to rank as one of our most memorable shows. If you missed a segment or just want to hear the show again in its entirety, head over to our media archive... HERE.
Posted by Guy Flaming @ 3:16 PM