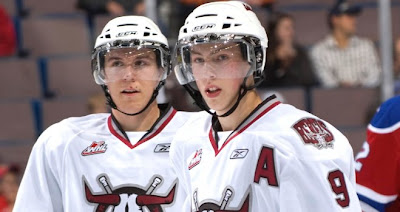 
His saucer-pass set up for Sven Bartschi was All-World, and he drove the net to set up another goal. He also played physical, which is ironic as the one concern with him is his 165 pound frame. Even when he was cranked in the neutral zone by Ryan Murphy (team Cherry POG) Nugent-Hopkins popped right back up and got back in the play.

As Sportsnet's Peter Loubardias and Sam Cosentino predicted before the game the Red Deer Rebel opened a lot of eyes Eastern Canada tonight. 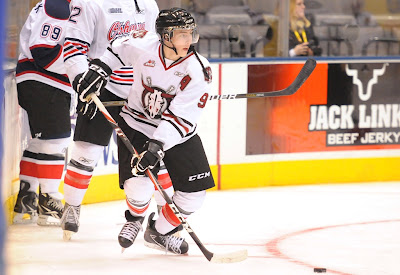 Will it be enough to make Ryan Nugent-Hopkins the first WHL player taken first 1st overall at the NHL draft since Chris Phillips in 1996? Most people probably don't think so....yet. But he took a big step towards closing the gap tonight.