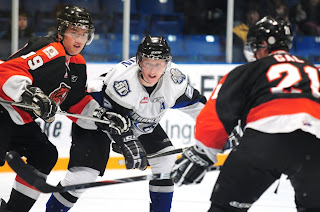 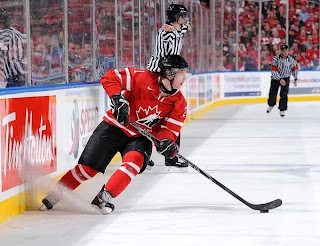 Eakin was a 3rd round pick in 2009 by the Washington Capitals. The sniper's stock dropped that year due to health concerns as he missed several games with a concussion. Since then he's scored 91 points in the WHL, helped the AHL's Herhsey Bears win the 2010 Calder Cup and represented Canada at the 2011 WJC.

Kootenay is in Edmonton on Wednesday to play an afternoon game at Rexall Place against the Oil Kings. Start time is 11:30am and will feature thousands of school kids taking part in the team's 2nd annual Hockey Hookey.
Posted by Guy Flaming @ 5:20 PM