The Roster Battle: 'At the end of the day'

I've gotten a few emails and comments suggesting that the series of articles here at Coming Down The Pipe! this month won't be complete unless I offer up some sort of prediction or conclusion. I didn't really plan on doing that, I wasn't trying to make an argument for or against any of the 5 players I profiled, I was simply trying to point out the pros and cons each guy brings to the Oiler table. 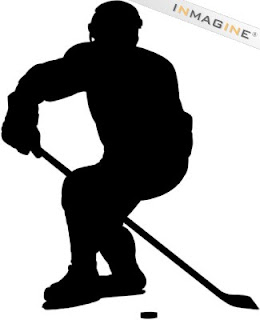 So I'm going to offer a summary of a sort. A head-to-head comparison ranking which will hopefully satisfy you readers.

I'm going to rank the players in 8 categories that I'll briefly describe, the player I feel best fills the category will be ranked highest. Simple enough?

SPEED - Fairly straight forward category to start with. Of the players vying for a roster spot, here's how I seem them coming in:

OFFENSIVE UPSIDE - A combination of best playmaker, top sniper, etc... simply, who could be expected to put up the most points this year.

1. Schremp - most might come on the PP but they don't ask when, just how many.
2. Potulny - had 2 fewer AHL goals than Schremp in 20 fewer games.
3. Brule - has really struggled offensively as a pro
4. Jacques - sooner or later something will go in off his back... right??
5. O'Marra

SIZE & PHYSICAL PLAY - Again, pretty self explanatory. Looking at throwing the body, dropping the gloves and generally playing an in-your-face style of game.

DEFENSIVELY SOUND - Who can the coach put on the ice and feel confident that the opposition isn't going to treat like Team Pygmy in basketball?

1. Potulny - 44 NHL games, +2 and known for 2-way ability
2. O'Marra - exceptional at taking draws, projected to be 2-way NHLer
3. Brule - take his career minus-27 rating with a grain of salt... it was Columbus
4. Jacques - NHL sample size is small considering ice time but -17 ain't great
5. Schremp - might not be as big of an issue anymore but still last in this group

EXPERIENCE - At the NHL level or as a pro, who's got more playing time under his belt?

1. Brule - 146 in the NHL leads this pack by a mile
2. Potulny - 44 NHL games and almost 100 more on the farm.
3. Schremp - two full years in the AHL but has barely made a scratch in the show
4. Jacques - injuries have limited his GP since turning pro
5. O'Marra - rookie last year splite time in the AHL and ECHL

PRESSBOX IMUNITY - By this I mean who is going to be least affected by long stays in the pressbox as a healthy scratch?

1. Potulny
2. Jacques
3. Brule - needs to play to get confidence going
4. Schremp - better off being The Man in the AHL than sitting in Edmonton
5. O'Marra - Few have more to prove after last year

CONTRACT POLITICS - Who's contract situation is most likely to help his cause of staying in or making the NHL?

1. Potulny - needs waivers to go down
2. the rest of them are waiver exempt and can be reassigned freely... although Brule is just 14 NHL games away from crossing that line.

1. Jacques - Ding! Does the first 4 out of the 5 exceptionally well
2. O'Marra - still has to prove that he's committed to the hitting but has shown the ability
3. Potulny - can play any position, any role and will do it gladly but is limited physically
4. Brule - has everything you need to be an elite checker except arguably the mindset
5. Schremp - none of those traits are regularly associated with him

My conclusion to this experiment is that trying to predict the future like this is dumb. Too many variables are not accounted for; will Jacques be 100% healthy? Will Schremp's intense summer training and preperation be enough or not? Can Brule accept being a 13th forward? Can Potulny adjust to new teammates, coaches and system quickly enough? Will there be injuries to any of these 5 or to the rest of the NHL roster that frees up more spots? Are there trades still to come?

There are so many questions that won't be answered until training camp begins that trying to determine end results a month ahead of time is borderline pointless. I started this series with the intent of showing why several players were in the mix and I think I've done that.

But predictions are fun and practically demanded these days so if you want my predictions here they are:

1) Edmonton will begin the season with 3 goalies
2) They will successfully push Mathieu Roy through waivers leaving 7 defencemen and only 1 vacancy up front as the 13th forward.
3) Ryan O'Marra will last longer than last year but eventually be given a top-6 role in Springfield and play on the Falcons PK this year.
4) J.F. Jacques will be one of the last players cut from camp and sent to Springfield "for conditioning after not being able to train to a full extent over the summer".
5) Edmonton will take advantage of the small window of opportunity remaining and send Gilbert Brule to the farm where he will play on the top line and rediscover his scoring ability.
6) Rob Schremp will impress but be the last player cut. He'll have the inside track on being recalled first should a forward spot open up due to injury or when one of the 3 goalies is moved.

Guy. Great summary. Spot on imo. Then again I didn't see Thoreson or Smid getting sent down last year either.

The only part that worries me is whether Brule and Schremp have the maturity to know that some games playing top dog in the AHL are best for them and will capitalize on it. Should be interesting.

Is it a possibility that the Oilers look at having 14 forwards this year? Especially if your prediction of Roy clearing waivers is true?

Guy, how long do you think the 3 goalie experiment lasts, in any case. I know they want Dubnyk to get lots of playing time but it should be a lot easier to send Deslauriers through waivers 10 games in after everybody has set their rosters if that is what they want to do.

FWIW your conclusion is based exactly on the reasoning I tried to explain to BBO over on HF. If you've only got one extra versatlity suddenly becomes a really important attribute.

Anonymous: Like I explained in the first part of this series, unless the Oilers clear up the 3 goalie situation they'll be forced to only go with 13 forwards instead of the traditional 14.

theoil: I get the sense that they'd like to address the goalie logjam ASAP and not by sending someone down (or trying to). I wrote a story at The Hockey News a few days ago on that subject, here's the url for my stuff at THN:

Thanks, Guy, I went over and read it.

Do you think it is fair to say that the current situation is just one of the most obvious ongoing repercussions of having no farm team for several years while stockpiling for a re-build?

There were a few guys a couple of years ago over on HF who wrote long and complicated defences of saving the money spent on development. They put a lot of time and effort into proving that farm teams were not justified. I think reality has pretty much answered those musings.

In any case I can't see the Oilers letting things go more than 10 games into the season even if the eventual answer is to send Roloson to the minors to back up Dubnyk.

Excellent stuff Guy. This blog is rapidly becoming one of my faves. The whole recent series of entries have been fantastic. Thanks.

Gilbert Brule will be playing in the Giants alumni game

mea culpa... he was a 'coach' for Team Black. His team did win though.