Tuesday Night on TPS: Is the CHL Branching Out?

Tonight we were honoured to have the head man from the biggest junior hockey league in the world with us, an up and coming prospect with the Pittsburgh Penguins, our resident CHL insider and a TPS favourite who shed some light on the Calgary Hitmen's import situation. It was a great show with some very interesting revelations. 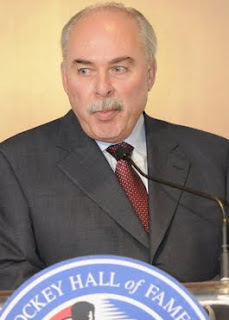 We kicked things off with the President of the CHL and Commish of the OHL David Branch. We were lucky to have David on for 2 segments and jammed as much as we could into it. From Max Domi being traded in what seemed like a done deal in May to the Matthew Peca situation where he wanted to play in the Q but ended up in the NCAA, and resulting comments from Remparts Head Coach/G.M. Patrick Roy that the CHL needs an impartial leader and not the same man who leads the OHL. Is inter league play in the pre season something that interests the CHL and will the WHL, QMJHL and OHL all be on the same page when it comes to games played, drafting players and league start times? We asked the Commish about how some imports have become non imports and whether or not the CHL will make it mandatory to draft 2 Americans per year.

As usual the CHL/NCAA debate came up and we wondered if David Branch and Paul Kelly have met yet to discuss the accusations that CHL teams pay players under the table to lure them north. The CHL will be a mainstay on Rogers Sportsnet even more this year, with a game every Friday night, which is music to your prospect loving ears. We ended things with what we thought was a shot in the dark about CHL teams possibly taking on clubs from the USHL, maybe the Memorial Cup champions facing the Clark Cup winners? To our surprise David Branch not only thought it was a good idea but told us there has been some kind of discussion about it. Would it be better for the CHL to have the USHL take on various league all star teams instead of the Canada Russia series? It was a very informative and fun discussion, and a must listen to if you're a junior hockey fan. 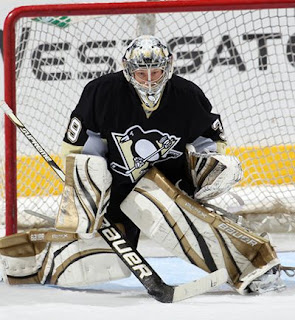 We then moved onto Pittsburgh prospect Brad Thiessen who racked up 35 wins in Wilkes-Barre last year for the baby pens. Thiessen's journey to the pro game has been an interesting one. 3 years in the BCHL, 3 years at Northeastern University and tons of accolades along the way...but he's behind Marc-Andre Fleury and Brent Johnson in Pittsburgh...so you know patience are a virtue for the B.C. goaltender.

Our weekly segment with our CHL insider Sam Cosentino was spent discussing recent trades in the OHL, the possibility of inter league play and whether it would be worth it with so many guys at pro camps. What Sam thinks of a CHL-USHL match up or the possibility of European teams competing for the Memorial Cup? And will Sam ever get on Twitter??? 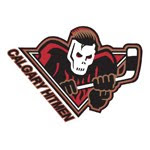 Our final guest of the night was Aaron Vickers from the always entertaining Future Considerations. Aaron filled us in on the Calgary Hitmen import situation and what Victor Rasks' immediate future is with the team. Will he end up in the AHL or the WHL and why the change of heart from an earlier statement courtesy his agent. Are the Hitmen a playoff team and if so, who will carry the mail for them? We also asked Aaron about the trade made by the Flames today and where that leaves Mikael Backlund on Calgary's roster.

We wrapped the show discussing the Oil Kings and how 9 guys are off to pro camps. Who will benefit the most and what does Guy think is the biggest key for the team this year?

It was another 5 star show and certainly worth a listen to. You can hear it all or hear it again, by clicking...here.
Posted by Dean Millard @ 11:00 PM