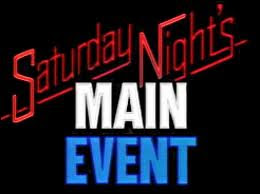 Who says there is no hockey to talk about in the summer? Saturday morning we had a show that was wall-to-wall hockey featuring a couple of newcomers to TPS, a former TEAM 1260 personality, a regular media contributor from the Hockey East conference and possibly Dean Millard's favorite segment since I blindsided him with an Andy Moog wedding present back in Season 2.

With major changes on the horizon for college hockey it's almost odd to look at the Hockey East conference and see that the Big Ten and NCHC may not have any impact on them at all. Jimmy Connelly from USCHO.com has been a regular on our program for many years now and joined us on Saturday to talk about the state of the conference - which teams to expect big things from, will coaching changes to UMass-Lowell and Providence pay immediate dividends, Who replaces John Muse in net for Boston College and more. We also asked about the difference between the QMJHL and Hockey East's competition for players compared to the OHL and WHL and why it seems that there are fewer big name guys jumping to the Q. 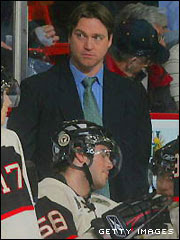 Next up was a terrific TPS debut by Kathleen Lavoie, beat writer for Le Soleil in Quebec City covering the Remparts. We went in depth with Kathleen in regards to Patrick Roy's quest to bring in Matthew Peca and the mysterious way that CHL President David Branch stopped it from happening. We also discussed Roy's tumultuous relationship with starting goalie Louis Domingue. There was a lot more on our agenda to talk to Kathleen about that we just didn't get to because everything she was saying up that point was pure radio gold. A definite repeat guest for us moving forward. 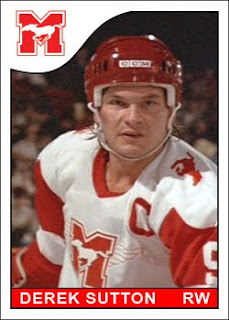 We closed out the first hour with a spotlight on the movie Youngblood. Regular listeners will know that the Rob Lowe/Patrick Swayze movie comes up in conversation a lot. Well this was a bit different as we were in conversation with the player who filled in for Patrick Swayze in the hockey scenes during filming of the movie, Don Biggs. Biggs went into great detail to describe the way Swayze would ingratiate himself with the real-life hockey players who were recruited for the game scenes while the film's other star was a bit less of a team player. He also told a few great behind the scenes stories as well. We also had enough time to ask about his son Tyler Biggs (TOR) who was a 1st round pick in June but is headed for Miami instead of his dad's old CHL team in Oshawa. A really fun segment for sure! 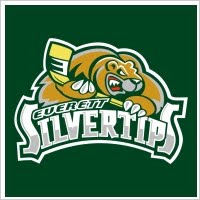 The second hour of TPS this weekend had us welcoming in another newbie - Nick Patterson of The Herald in Everett, Washington. Nick covers the WHL's Silvertips and also writes a blog for the paper (link on the right) so he was able to give us a great run down on where the club is this year as training camp is about to open. Will new head coach Mark Ferner turn the club around immediately or should we be expecting a bit of a rebuild? Is Landon Ferraro's time in the WHL over or is he a possible returnee to Everett? Ryan Murray will be a very high 2012 NHL Draft pick but is till largely an unknown to many East of the WHL so Nick filled our listeners in. Plenty more was on the agenda too. An excellent initial TPS appearance that won't be Nick's last. 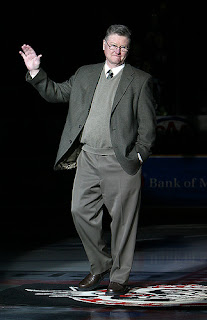 News this week that Brian Kilrea is officially stepping down from his GM position with the Ottawa 67's. To talk about what Kilrea has meant to the franchise, the OHL and to the hockey world at large we called on former TEAM 1260 personality A.J. Jakubec who is now at the TEAM 1200 in Ottawa. A.J. recounted several awesome tales of "Killer's" antics and one-liners and reminded everyone just how important and respect a figure Kilrea is, especially in Ottawa. We also talked a bit about this year's edition of the 67's and what guys like Shane Prince, Tyler Toffoli and Ryan Martindale mean to the team and much more.

We closed the show by touching on a couple of news stories this week including German born Sarnia Sting forward Nick Latta who is suddenly no longer considered an import at all. Is this a precedent setting decision where a player with one Canadian parent is no longer considered a Euro? If so, how long until Oshawa seeks to declare Nicklas Jensen as more Canadian than Danish?

Plus Kelowna Rockets President and GM Bruce Hamilton stated very clearly that his club will continue to pursue the services of Latvian Zemgus Girgensons. The forward played in the USHL last year with Dubuque, is back there again this season and is slated to join Vermont in 2012-13. However, Hamilton was quoted by Larry Fisher HERE launching some serious grenades towards The Fighting Saints and the UVM Catamounts stating that "I know as soon as he’s drafted, the NHL team’s not going to want him in Dubuque and they’re not going to want him going to the University of Vermont, either."

You know it's been an excellent show when topics discussed today are going to lead into our next show as well. Make sure you're listening on Tuesday as our projected guest list is going to be a beauty. In the meantime, if you missed a portion of Saturday's show, you can catch up by hitting our media archive HERE.
Posted by Guy Flaming @ 12:47 AM